Feeding on the blood of the living.

Resting in his coffin.
Abducting people to feed himself.

Kurt Barlow is the main antagonist of Stephen King's story Salem's Lot and was a master vampire who terrorized the small town of Jerusalem's Lot.

He is a very old vampire who has laid claim to predating Christianity itself (making him ancient). Kurt Barlowe was altered significantly in his appearance in the 1979 miniseries adaptation - as he is depicted as mute and more closely resembles Count Orlok, albeit with an even more horrific and inhuman appearance.

In the 1979 miniseries adaptation, he was portrayed by the late Reggie Nalder. In the 2004 miniseries, he was portrayed by the late Rutger Hauer, who also played Roy Batty in Blade Runner, Cardinal Roark in Sin City, Lothos in Buffy: The Vampire Slayer and Morgan Edge in Smallville. In the 1995 BBC radio adaptation, he was voiced by Doug Bradley, who also played Pinhead in the Hellraiser film series.

Before the events of the novel, it is suggested that Barlow's original name or alias was Breichen and that he was an Austrian nobleman. As Breichen, Barlow corresponded for tenty years with Hubert "Hubie" Marsten, a former Depression-era hitman living in Jerusalem's Lot, Maine.

Marsten murdered his wife and committed suicide, but not before burning his letters with Barlow. The novel strongly implies that Marsten entered into an agreement with Barlow that allowed him to eventually come to Jerusalem's Lot. Barlow is a type one vampire who seems to have more human characteristics than that of his species (who are ironically more similar to his appearance in the 1979 miniseries).

In 1975, Barlow arrives the town of Jerusalem's Lot in a box shipped overseas by his human assistant, Richard Straker The two take residence in Marsten's abandoned mansion. Barlow and Straker pose as antiques dealers and open a shop in the town; Straker tends to the shop and handles business arrangements while Barlow is seldom seen in public. Straker kidnaps a local boy, Ralphie Glick, and makes a human sacrifice of the child in an appeasement ritual. Ralphie's brother, Danny, becomes a vampire and begins to infect other locals-taking Dud Rogers and Corey Byrant as his first victims.

When the novel's protagonist, Mark Petrie, and Susan Norton sneak into the Marsten House to kill Barlow, Straker catches them and Barlow sires Susan. Mark manages to escape, but mortally wounds Straker as he does so. Straker is later killed by Barlow, who cannot resist drinking his blood from his wounds. Susan's lover, Ben Mears, is later forced to kill her as a result of Barlow turning her.

Father Callahan and Mark head over to Mark's parents' house to save them, but Barlow beats them to death and takes Mark hostage. Callahan pulls out his cross on Barlow, however Barlow challenges the man's faith and convinces him to break his own cross, to which he does and is forced by Barlow to drink his blood afterwards.

Mark escapes and Barlow tries to hypnotize him into killing Ben before the later can stake him by threatening to castrate him. However they end up succeeding in killing him.

Barlow has all the powers of the traditional vampire. In the 1979 miniseries, he is given the power of telekinesis, which he did not have in the novel. His henchmen and followers tend to speak to humans on his behalf as he is unable or unwilling to speak directly to humans. Presumably he talks to his allies via telekinesis.

As explained in The Dark Tower series, Barlow is a "Type One" vampire, which are the rarest and most powerful types of vampires. Type Ones like Barlow have the ability to create "Type Two" vampires. 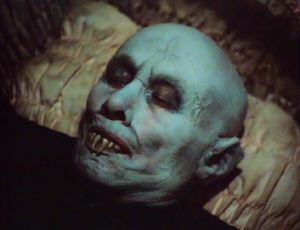 Barlow resting in his coffin. 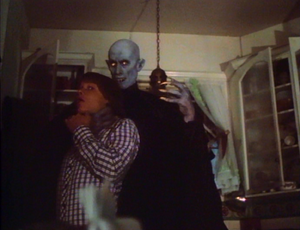 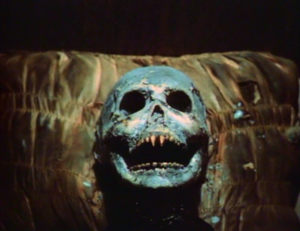 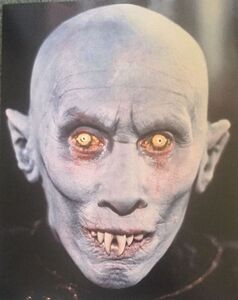 A publicity photo of Reggie Nalder as Kurt Barlow. 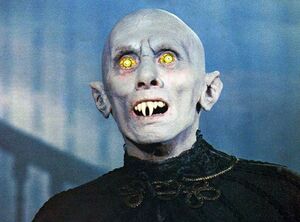 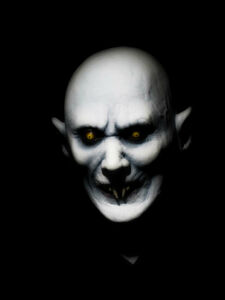 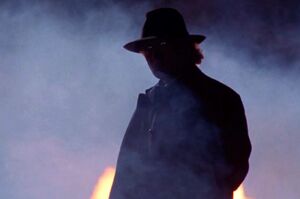 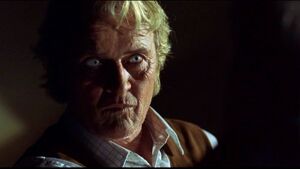 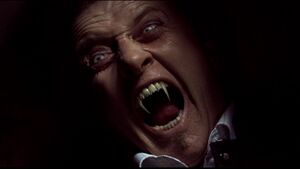 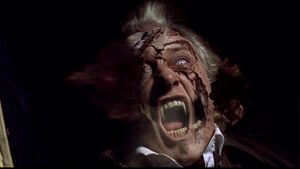 Barlow decomposing after being impaled. 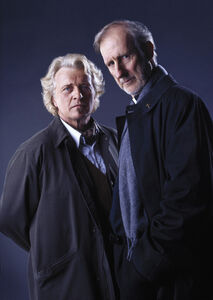 A publicity photo of Rutger Hauer and James Cromwell as Kurt Barlow as Father Callahan. 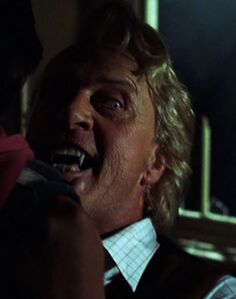 Retrieved from "https://villains.fandom.com/wiki/Kurt_Barlow?oldid=4160337"
Community content is available under CC-BY-SA unless otherwise noted.