To defeat the Digidestined.

Kuwagamon is a Champion Level Digion that resembles a giant red beetle with four arms and two pincers.

Later on, Kuwagamon briefly returned in "The Piximon Cometh" as he survived and appeared from the desert and once again attacked DigiDestined. Agumon tried to fight him, but Kuwagamon was too strong this time to be defeated. Just as Kuwagamon was about to kill Agumon and Tai, he was presumably destroyed by Piximon's Pit Bomb attack.

A Kuwagamon also appears by Yuri side, but seems to be more of a hero and speaks Russian.

Kuwagamon appears as an infected Digimon by a virus and attacks an airport. Greymon battles it, and gets pulled away by Alphamon.

While Taichi, Mimi, Izumi, Agumon, Palmon, and Tentomon were finding their way back to the other separated group, several Kuwagamon ambushed them and attacked them. 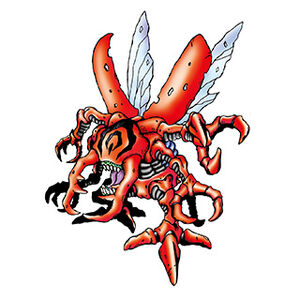 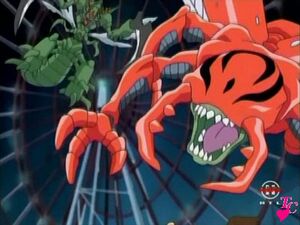 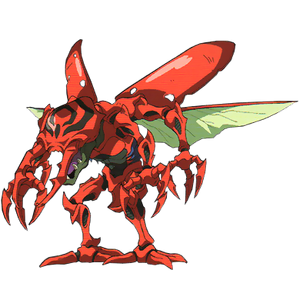 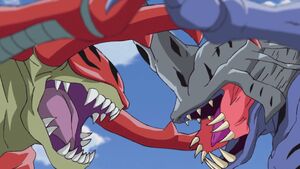 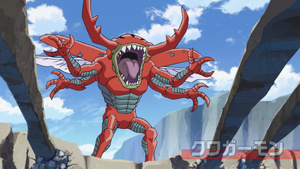 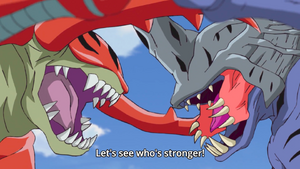 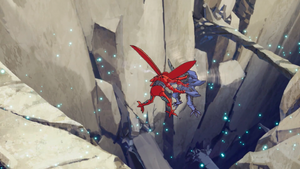 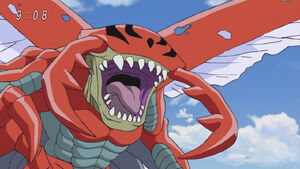