Kyodai Ken (also known as "The Ninja") was a skilled ninja and an enemy of Bruce Wayne from Batman: The Animated Series.

Kyodai was a talented, but amoral, student of one of the best martial artists in Japan. He encountered and rivaled Bruce in Japan during his training as Batman. He consistently beated Bruce at martial arts. One night, he tried to steal a prized sword of Yoru but was faced by Bruce before they could fight, Yoru saw what was happening and expelled Kyodai from the academy. Kyodai's pain was was so great that he resettled in the city, somewhere in the Uramachi District. Kyodai named himself as the assassin for hire, the Ninja.

Kyodai traveled to Gotham City years later as the Ninja in order to exact revenge on Wayne. He began committing multiple stings of sabotaging seven Wayne Cosmetics branches. But Batman eventually intervened and Kyodai realized Batman was Bruce Wayne when he displayed his stance. Batman also realized his identity as well, after a batarang from Robin cut the cloth on his back, revealing a menacing tattoo that Kyodai had during his training in Japan. He kidnapped Wayne and Summer Gleeson after the Gotham Charities Reception.

Wayne could not fight Kyodai or he would compromise himself in front of Gleeson, who was investigating Batman's secret identity. Fortunately, Robin followed Kyodai and restricted Gleeson's view, allowing Wayne to fight and overpower Kyodai. Kyodai, instead of surrendering, dove into a nearby river and escape.

Months later, Kyodai returned to Japan and became intent on learning Yoru's ultimate technique, the 牙の方向 (Kiba no Houkou / Way of the Fang)'s 大眠り (Oonemuri / great sleep) Touch, which was capable of killing a man in a single blow. Kyodait kidnapped Yoru's student Kairi and blackmailed him into giving him the location of the hidden scrolls containing the technique instructions. However, time had made the scrolls fragile and they fell apart upon contact, but Kyodai still managed to learn the touch.

He kidnapped Alfred Pennyworth and lured Wayne to Mount Kijiki for a final showdown, when Wayne discovered his hideout. Kyodai used the touch, but it failed, because Wayne wore a protective pad to defend the death point. When the volcano exploded, Kyodai was stranded in the melting rocks. Wayne attempted to save him, but Kyodai didn't oblige. Respecting his opponent, he bowed to Wayne before the volcano erupted once more, killing him.

Kyodai learned from the same martial artist trainer that Bruce trained under though he managed to beat Bruce. Years later when he arrived at Gotham, he spars with him but gets defeated. Kyodai is also skilled in swords and is a master in stealth. He happens to be skilled in the usage of knock out gases. 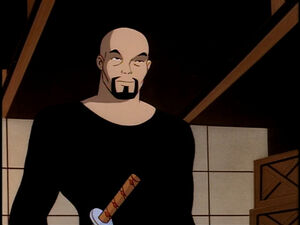 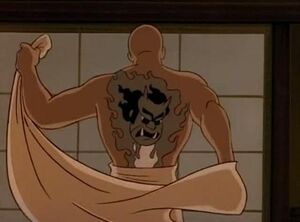 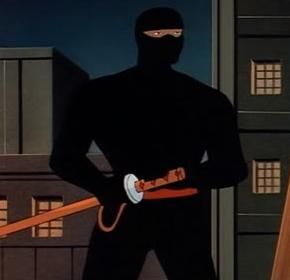 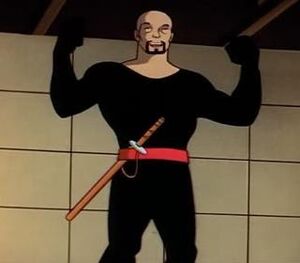 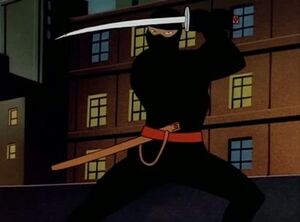 Retrieved from "https://villains.fandom.com/wiki/Kyodai_Ken?oldid=3777412"
Community content is available under CC-BY-SA unless otherwise noted.