Shocker Rider 3
The Rider who should never have existed

He was portrayed by Mitsuhiro Oikawa.

Kamen Rider 3 was created due to Roidmude 089 using the History Modifying Machine to alter the past. Kyoichiro Kuroi was originally an F-1 Racer with a failed career who was taken in by Shocker and converted into Kamen Rider 3, the third Kamen Rider.

Kamen Rider 3 attacked Kamen Rider Mach and beat him down, but spared him as he stated that Go was not the one he was after. After Roidmude 089 was killed, Kamen Rider 3 opened his helmet and stated that the Roidmude was only a prototype of the History Modifying Machine and that Shocker's true plan was about to start.

Kamen Rider 3 was sent back in time by Shocker to the year 1973. He appeared right after the Double Riders defeated the Great Leader of Gel-Shocker and defeated both riders, allowing to Shocker rise again and changing the course of history itself.

However, Kuroi turned against Shocker and went on the run, being pursued by Shocker's force of Kamen Riders brainwashed into Shocker Riders. He teamed up with Shinnosuke Tomari, Go Shijima, and Yuto Sakurai to find "Rider Town", a place where the Riders who are resisting Shocker are supposedly located along with the Double Riders, who survived by placing their brains in robotic bodies.

After apparently sacrificing himself to saving Yuto from a large group of Shocker Riders, Kuroi reveals that he is still on the side of Shocker and that Rider Town was a trap for Kamen Riders. Shinnosuke then challenges Kuroi to a race under the conditions that if he wins Shocker must set Kiriko free and free the Riders from their brainwashing.

During the race, 3 and the other brainwashed Riders attempt to cheat in order to defeat Drive's loss, but Drive receives help from Kamen Riders Faiz, Mach and Black RX. With his heroic spirit and determination as a rider, Drive is able to beat Rider 3 and win the race. As Kuroi contemplates his loss, the Great Leader absorbs 3 into the History Modifying Machine and uses 3 to power it as it transforms into Rider Robo. However, the Rider Robo is destroyed by Drive and the Ninningers, destroying the History Modifying Machine and undoing all of Shocker's alterations to history, restoring the timeline to as it was. As the timeline returns to normal, Kuroi bids farewell to the Kamen Riders.

It is later shown that Kuroi was able to resume his life as a racer and make a successful career out of it, being sponsored by the Tachibana Racing Club and BOARD. 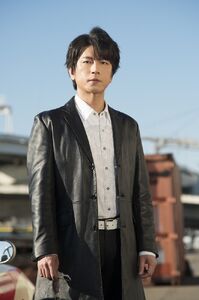 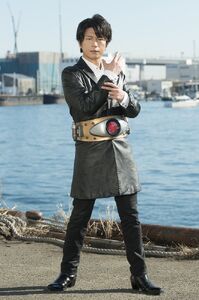 Kyoichiro Kuroi with his Rider belt on. 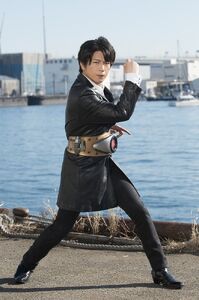 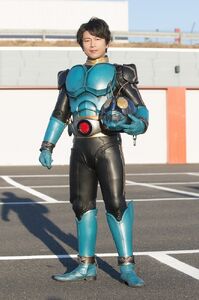 Kyoichiro in his Rider suit. 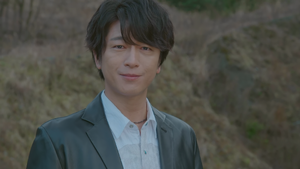 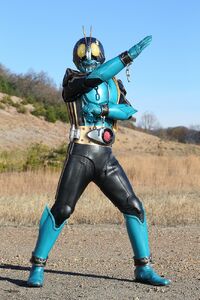 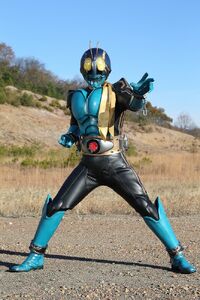 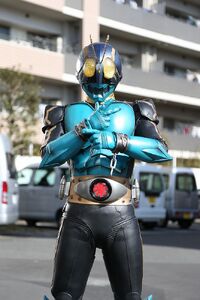 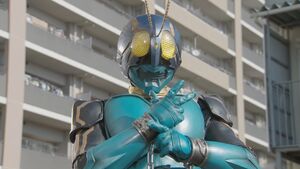 Kamen Rider 3 in the Ninninger crossover. 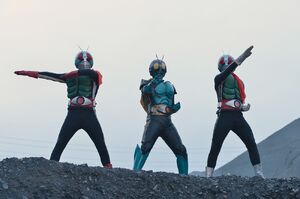