Win the affection of Shino Asada.
Kill those who wronged him.
Aid his brother in his revenge.

Along with his brother Shouichi, Kyouiji is a player of the MMOFPS Gun Gale Online, owner of the avatar "Speigel", though at two points he controlled his brother's avatar known as "Sterben", armed with a weapon known as the "Death Gun", a Type-54 pistol said to be able to kill players in the game in real life.

While Kyouji didn't commit the serial murders, it was he who legitimately wanted his rivals dead, whereas Shouichi acted as a cover and did the dirty job. The point about being a cover is yet again brought up during the third BoB, as Kyouji did not want anyone to end Sinon's life but him, which led to Shouichi role-playing as Sterben inside of the video game.

Using the "Death Gun" Shouichi and Kyouji intended to become legends in GGO, and well as take revenge on XeXeed, a player who tricked Kyouji into focusing on leveling the agility stats when strength was a better stat to focus on in the long run.

In truth, the "Death Gun" cannot kill from within a game. Instead one of the brothers kills the player in game, while another sneaks into the opposing player's house, located by covertly reading login data for a multiplayer tournament, and poisons them. It is also later discovered that Kyouji is romantically obsessed with a girl named Shino Asada, and threatens to kill her and then himself when she refuses his advances. Because of this, Kyouji can be considered a relatively rare male example of the yandere character archetype.

In the end, he and his brother were defeated and arrested. They have not been seen since but it is mentioned that they are attending rehabilitation services. 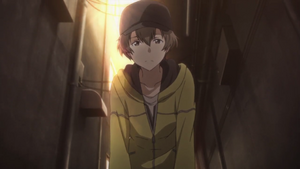 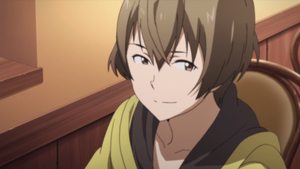 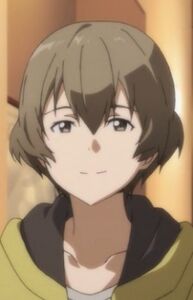 Retrieved from "https://villains.fandom.com/wiki/Kyouji_Shinkawa?oldid=3939134"
Community content is available under CC-BY-SA unless otherwise noted.