Reproducing their own offspring.

Rebuild their empire and species (failed).

Take over all of Outworld (failed).

The Kytinn are a dangerous and living insectoid race and one of well-known species in the Mortal Kombat video game series.

The Kytinn are a sentient race of insect humanoids. Their home is a hive located in the realm of Arnyek. If the hive is destroyed, then the Kytinn will be forced to find a new place to live. Insight and loyalty are uncommon in their society.

Kytinn offspring begins as larvae which look similar to maggots. The offspring grows inside the body of a victim which becomes a cocoon. It eventually emerges in a humanoid form with wings. The birth will have the same amount of strength as the host. For example, larvae will obtain immense power if born from an Elder God. Larvae will not gain much strength from simple life forms such as humans.

When Kytinn become adults, their bodies turn yellow. Also, their blood becomes highly toxic. Four poisonous stingers emerge from back the of their bodies. The stingers can be used to paralyze victims or maintain leverage. Their wings are used for flight. They are able to spew acid from their hands or mouths. Adulthood is the only stage when the Kytinn are in direct control of smaller insects. 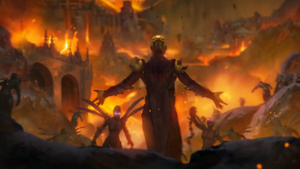 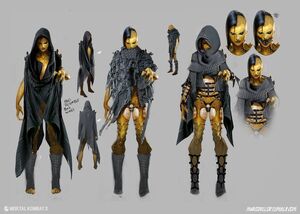 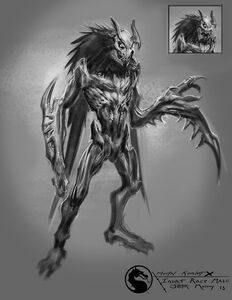 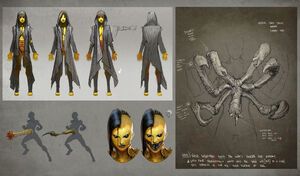 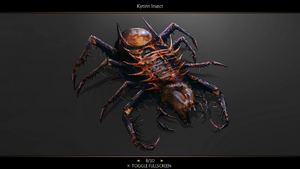