Where the Dead Go to Die

Torturing and corrupting others.

Cause pain and anarchy.

Labby is the main antagonist of the 2012 animated horror comedy anthology film Where the Dead Go to Die. He is a demonic dog that stalks and convinces a block of children to participate in hellish rituals and acts while transporting them to different dimensions and times.

He was voiced by the film's director and writer Jimmy ScreamerClauz.

Labby seems to be the only being of intelligence in a world of idiots, as everyone around him is intellectually inept or at least misguided. Labby takes advantage of this by manipulating those around him, especially children, into sick and evil acts. He seems to thrive on demonic energy and practices, as he gains satisfaction from acts such as murder, necrophilia, bestiality, rape, drug abuse, physical and mental torture, defiling corpses, and participation in Satanic rituals. 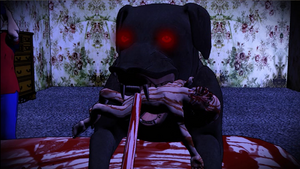 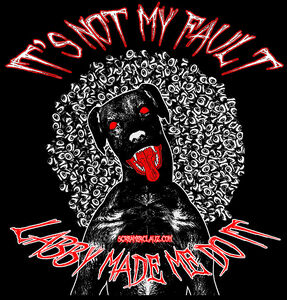 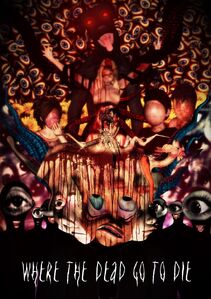 Labby on the Where the Dead Go to Die poster.
Add a photo to this gallery 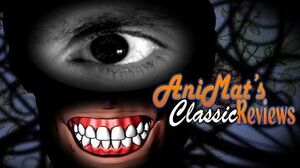 Retrieved from "https://villains.fandom.com/wiki/Labby?oldid=3761035"
Community content is available under CC-BY-SA unless otherwise noted.