Leader of Brotherhood of the Forgotten

Plot her revenge against the gods.

Convince the demigods and dragons to join their organization.

Supplant the identity of Explorancient and steal a ancient relic to create a magic box in order to steal and confine the power of the Gods (failed).

Gather Dofus eggs to use in their favor and take over control of the World of Twelve (failed).

Vindictive Demigoddess
Lady Echo is the secondary antagonist of the french animated series Wakfu she is the second in command of the Brotherhood of the Forgotten, grouping demigods and children of dragons. During the OVA's, she steals the six Eliatrope Dofus from Joris, Kerub and Atcham in order to prevent them from defeating Ogrest. She returned as one of the main antagonists in Season 3.

She is voiced by Hélène Bizot in french language and Cherami Leigh in the english dub, who also played Kneesocks Daemon and Sunako Kirishiki.

Lady Echo is sympathetic, gentle and has maternal traits towards her own, which conceals her manipulative and Machiavellian personality. She hated the gods but is worried and protective of the World of Twelve.

She manages to win over Adamai of the Brotherhood of the Tofu through explaining the consequences of a clash between two beings each wielding six Dofus. She and Adamai seem to share a common belief of sacrificing a few for the good of all over risking the good of all to save any individual or smaller group. An example of this is when she expressed frustration at Harebourg for putting his kingdom before the World in his plans for the Dofus he guarded, and when Adamai fights with Yugo over the Dofus entrusted to him.

Her first appearance occurs in the Ogrest Manga Volume 1 during the Dofus Age, leading a group of adventurers in search of unique children because they are thought to be children of the same Gods. Places them thanks to an egg with horns called Oracle. This calls its organization: The Brotherhood. They gather in the Kingdom of the Winds in which lie the ruins of statues of the twelve decapitated gods.

She appears in the videogame, being the main villain of the series of missions of the Dimensional Travelers for obtaining the Viligant and the Nebulous Dofus, steals an ancient relic hitherto unknown within the ruins of an old Selatrop temple under Sufokia. In this way she gets the way to create portals to different dimensions of the Gods.

She appears in the special episodes of Wakfu still as leader and mentor of the brotherhood now only composed by demigods and in smaller number. Echo seen bin the Kingdom of the Winds protecting two of these Dofus with one loyal servant, Sipho the shapeshifter, and she meets Otomai and Adamai to tell them about the danger of collecting six important Dofus. Adamai joins the organization of Echo who always has plans for the future after his heated argument with Yugo.

In Season 3, we learn she's actually a daughter of the goddess Eniripsa and not in charge of the Brotherhood of the Forgotten, but rather the right hand woman of Oropo, the real leader of the said Brotherhood. She is very devoted to him and his cause, but she also deeply in love with him. (It is implied they are sleeping together and when Oropo kisses Amalia, she is so infuriated that she reveals his plans to both the Brotherhood of Tofu and the Forgotten Brotherhood.)

Oropo is Echo's lover and their conversation in episode 6 is heavily implied to happen after having some fun. Nervous and insecure during a conversation with Echo in bed. After being presented during the series as a cunning, soft spoken mastermind, seeing him laying himself bare with his fears and doubts to her is rather surprising.

She is even more a pacifist than before, rarely resorting to fighting and rather prefer negotiating with her adversaries. It is her floor in the Tower of Oropo that serves as a prison for Evangeline and Flopin during their stay there. When they try to escape, she and Toxine are sent after them, but when Echo tries to convince them to lay down their weapons, Noxine betrays her and almost drags her off to a prison dimension.

She also helps Eva deliver her third child at the risk of her own life as the new demi-god almost destroyed the tower during delivery. Later on, when Oropo calls them all to him, she is heartbroken when he shows his love for Amalia and defies him together with the rest of the Brotherhoods.

When all else fails, it is Echo who 'defeats' Oropo by sending all the people he loves (both Brotherhoods) through the portal to Inglorium before he can nuke it, using a tornado-like spell. Oropo can't bring himself to destroy them, instead stays with Echo in his world, detonating the bomb there, killing them both in the process. 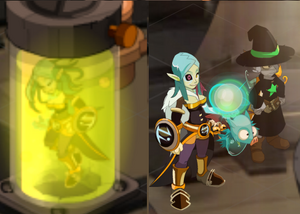 Echo usurper the identity of Explorancient. 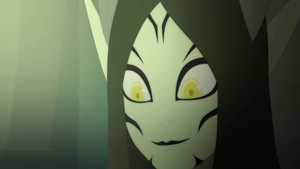 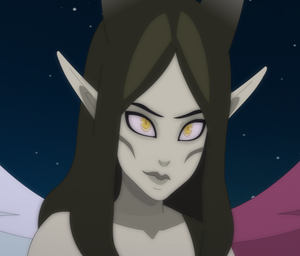 Echo in the Ogrest Manga. 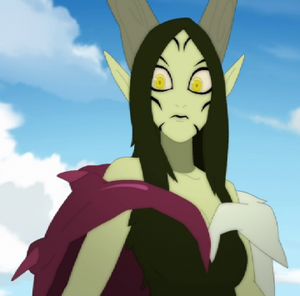 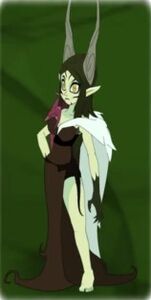