Train the next heir of her lethal martial arts (both succeeded)

Lady Shiva, real name Sandra Wu-San, is a fictional character in the DC Comics franchise and a recurring antagonist in the Batman franchise, serving as the arch-nemesis of Richard Dragon, the Question, Batgirl and her own daughter Cassandra Cain. A deadly assassin, Shiva was the world's greatest martial artist bar none. Even the likes of Batman stood little chance of besting her in a fair fight. She was a member of Ra's al Ghul's League of Assassins, and briefly led a splinter group known as the League of Shadows. Shiva is a friend, master, and a major rival of Black Canary and is one of the most skilled combatants in the DC universe.

She is also an occasional ally of Batman. Shiva can read body language and can predict what is her opponent's next move and loves the thrills of combat.

Shiva is the goddaughter of O-Sensei, the world's greatest martial arts master, and she lived with him along with her sister Carolyn in Kyoto. When O-Sensei left Japan to the United States along with his two disciples Richard Dragon and Ben Turner, Carolyn followed them, but she ended up being killed by the Swiss, an international assassin who was targeting Dragon. Guano Cravat, a corrupted businessman who held a grudge against Dragon, convinced Sandra that Richard was the actual response of her sister's death, so the young woman started training in arts to get revenge, as she soon discovered she was a prodigy, and she reached a master's level in no time. Adopting the name "Lady Shiva", she embarked on a revenge crusade against Richard Dragon, and whoever else was involved in Carolyn's death.

In a more recent retelling, both Sandra and Carolyn were born in a remote village run by the League of Assassins. The two had been trained since their childhood to be the protectors of the village, but after constant abuses and tortures they decided to leave, and they fled to the US, in Detroit, Michigan, where they continued their combat training together, but embraced a totally different life. One day, while sparring, the two were spotted by international assassin David Cain, who realized that Sandra was holding back not to hurt Carolyn; in order to allow her to explore her true potential, Cain killed Carolyn, leaving her body to be found by Sandra.

Heart-broken and bent on revenge, Sandra pursued Cain around the world only to be ambushed by the group Cain was a part of, the League of Assassins, still on her trails. Sandra fought and lost, but she was granted the opportunity to live, as she would have had to bear Cain's son, who would have become Ra’s al Ghul's bodyguard. She agreed, and in the time of her pregnancy, she further explored her potential. When her daughter, Cassandra, was born, Sandra Wu-San was a new woman, as she was Lady Shiva, creator, and destroyer.

Being it away or the other, Shiva started traveling the world, putting herself to the test by meeting and defeating the best martial artists around. She became somewhat addicted to life-or-death situations, and when she met Richard Dragon she decided to follow him, as danger constantly haunted him and the ones he loved. She formed a trio with Dragon and his partner Ben Turner, and the three of them became crime fighters for a while, even if for Shiva it was just a way to keep practicing martial arts on a superior level; Richard tried to change her soul by letting her know the spiritual side of martial arts, inner peace, and balance, but he failed, and when the three parted ways, Shiva started selling her skills as a mercenary and an assassin for hire.

With the money, she earned from her activities she could finance her training and travels, obsessed with honing her skills to perfection. Something of the old Sandra Wu-San, however, was still there, and when Reverend Hatch, a corrupt politician from Hub City, hired her to kill the masked vigilante The Question, it resurfaced: Shiva defeated Question without the slightest effort, but she was able to sense a "passion" in him, and she decided to spare his life. She rescued him from Hatch's men, and she brought him to Richard Dragon’s hideout on the mountains so that her former friend and mentor could treat and teach him. When the vigilante was able to come back to Hub City again, Shiva first challenged him, confirming her first impressions on him, and then let him go.

She continued traveling the world, even clashing from time to time with the League of Assassins, until she found an agreement with Ra’s al Ghul and the two started cooperation of sort. In the Middle East, while training some terrorists, she met Batman, on the trails of the second Robin's parents. She managed to defeat him as well, and the Dark Knight only managed to restrain her thanks to the intervention of Robin. Following this encounter, she resumed her "hunt for masters", a path that put on the same path as many superheroes and supervillains, such as Green Arrow, Black Canary, Bane, Nightwing, Prometheus, and many others, always learning what she could from her masters and opponents, then killing them when they were of no more use to her. Perfection was the only goal. 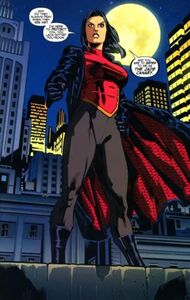 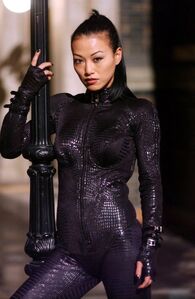 Lady Schiva as seen in Birds of Prey. 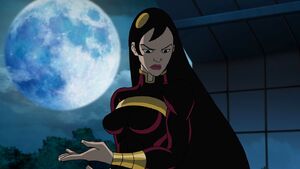 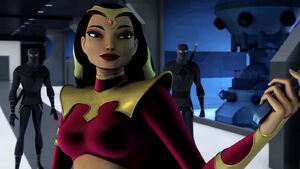 Lady Shiva as seen in Beware the Batman. 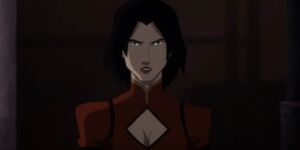 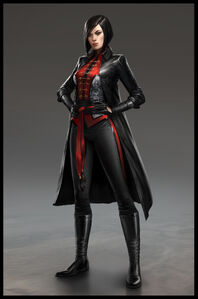 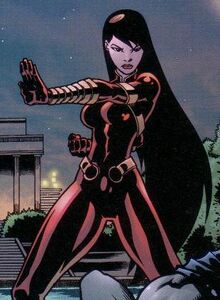 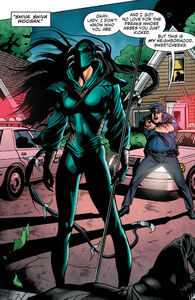 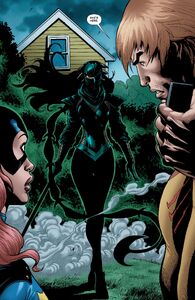 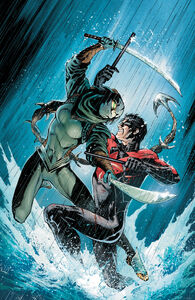 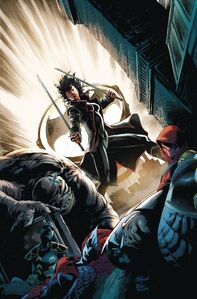 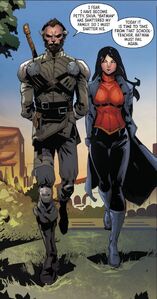 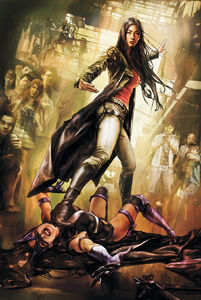 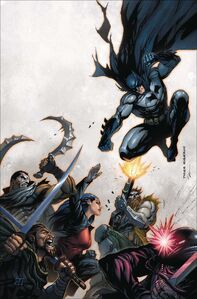 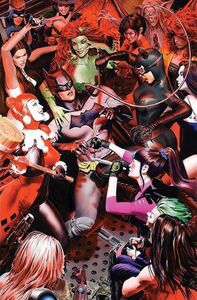 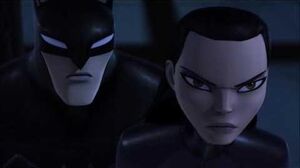 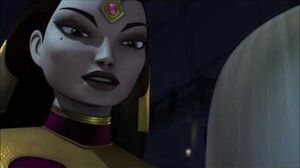 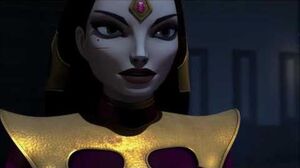