Help her husband to rebel against the Shu Kingdom (formerly).

Honorable Fighter
Lady Zhurong is a minor antagonist in the Romance of the Three Kingdoms. She is the wife of the Nanman king Meng Huo. She is also the queen of Nanzhong

Many versions of the Romance of the Three Kingdoms story, portray Zhurong as a tough and assertive woman. She often yells at her husband and tells him what to do. While Meng Huo is the leader of the Nanman, his wife is the one that makes all the decisions. Zhurong convinces her husband to rebel against the Shu kingdom, which Meng Huo does.

Zhurong is a mighty fighter who was often said to be the daughter of the god of fire. She is often compared to an amazon, due to her incredible strength and skill in martial arts. She was said to be the greatest warrior of Nanman. However, during the rebellion against Shu, Zhurong is caught in trap devised by Shu's warlord, Zhuge Liang.

She is caught but later released in a hostage exchange. Meng Huo later surrenders to the kingdom of Shu. Together with her husband, Zhurong becomes a loyal Shu vassal.

Zhurong is depicted as an aggressive and beautiful woman who often coerces her husband into action against rival kingdoms. As she finds Meng Huo's laid-back and contented nature a hindrance to the Nanman people, she sees it as her duty to inspire passion and ambition in him. While she may seem to bully him, she loves her husband deeply and would never see him come to harm. Due to Meng Huo's adoration for his wife, and his desire not to upset her ferocious temperament, he will usually wind up doing as she asks with the results often proving positive for the Nanman people.

Lady Zhurong from Romance of the Three Kingdoms. 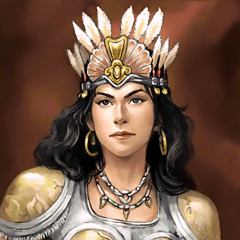 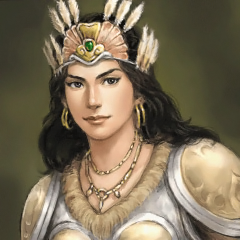 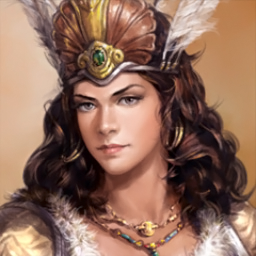 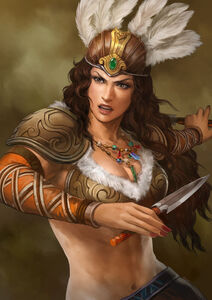 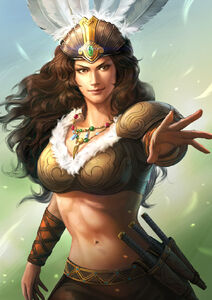 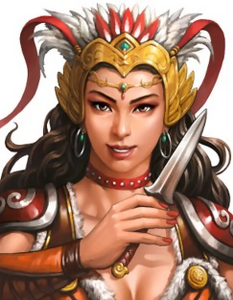 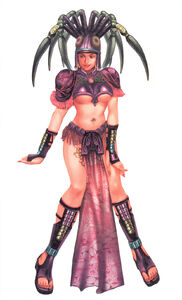 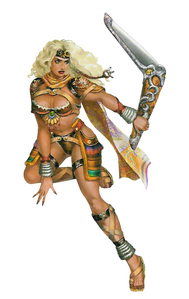 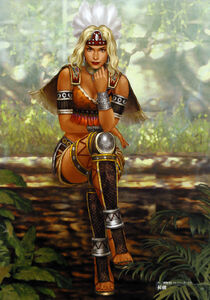 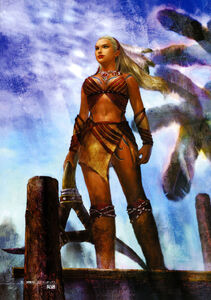 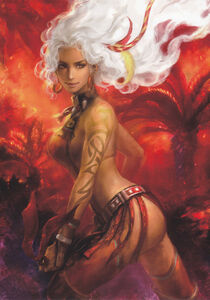 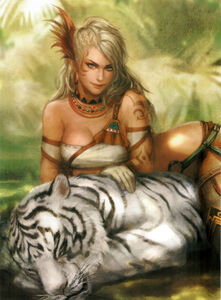 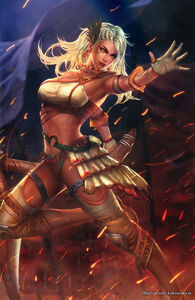 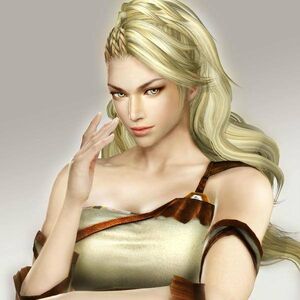 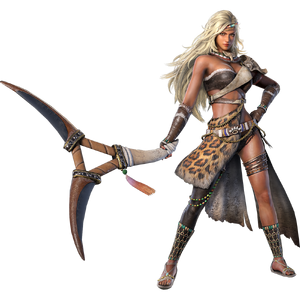 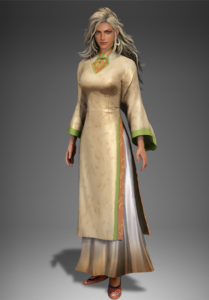 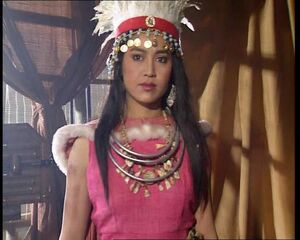 Lady Zhurong in Romance of the Three Kingdoms (1994).
Add a photo to this gallery

Retrieved from "https://villains.fandom.com/wiki/Lady_Zhurong?oldid=3616724"
Community content is available under CC-BY-SA unless otherwise noted.