Help the Toad in Washing out Ratropolis full of rats and replace it with his tadpoles.

Jonathan Meyers, better known as Ladykiller, is one of the Toad's henchrats and a supporting antagonist in Flushed Away.

He was voiced by Sam Fell, who also directed the film.

Joining the Toad's henchrats, Ladykiller, along with the others, was presumably kept in the dark about the Toad's plan to eradicate all the citizens of Ratropolis and repopulate it with his tadpole army.

He later joined the other henchrats are they discovered Rita on board her ship, The Jammy Dodger, after she had taken back a ruby stolen from her by the Toad. While Whitey restrained Rita and her accomplice, the henchrats searched the ship for the ruby and Fat Barry and Ladykiller discovered Rita's diary, giggling at its entries. Later, the henchrats discover the ruby thanks to Roddy and return to the Toad's headquarters.

However, Roddy destroys great amount of the Toad's collection of valuable objects uncovered in the London Sewers by accident and the henchrats take Roddy and Rita to the Icemaker, a large refrigerator designed to freeze all of Toad's enemies, although the two escape and Spike and Whitey are frozen instead and Rita takes back the ruby once more.

Later, Spike formulates a plan to capture Roddy and Rita by pursuing them on the Ratmobiles, a group of kitchen appliances (primarily hand mixers) designed to travel across water. Locating the Jammy Dodger based on Thimblenose Ted's information from a reconnaissance mission, Spike issues the order to attack. During the chase, the ship heads towards a tunnel while Roddy hangs from the side. Ladykiller manages to get hold of Roddy's leg but gets shaken off. The Jammy Dodger then flees through the tunnel, using an inflatable dinosaur balloon to plug up the entrance. Ladykiller accidentally runs into it, bounces off, and falls onto Thimblenose Ted, taking both of them out in the process.

After a while, Ladykiller returned to fight Roddy and Rita again alongside the other henchrats when Roddy attempted to rescue Rita, who had been captured earlier by Spike and Whitey. Subduing the two eventually, the reveals his and Roddy, in order to stop the Toad, breaks a nearby nitrogen tube, distracting all of the henchrats in a frenzy.

During the chaos, Ladykiller gets hit by the liquid nitrogen tube and gets frozen and Fat Barry collides with him, causing the two rats to fall off the ledge to their deaths. 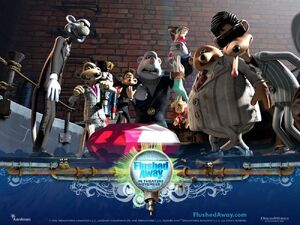 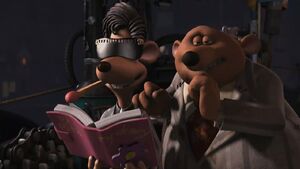 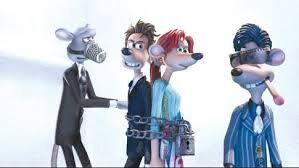 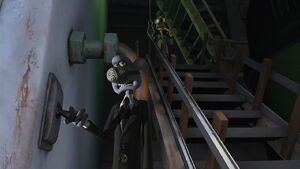 Ladykiller near by Thimblenose Ted. 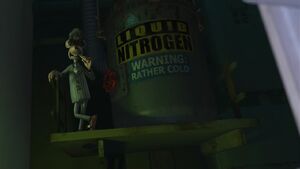 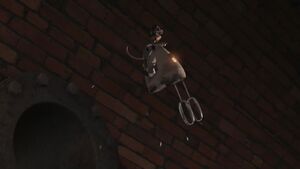 Ladykiller in a ratmobile jumping out of the tunnel. 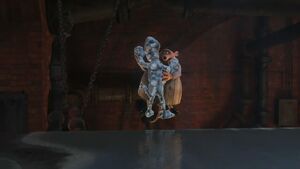 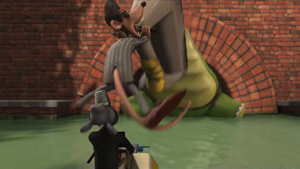