Laegjarn is a minor antagonist in Fire Emblem Heroes, being one of the secondary antagonists in Book II. One of the generals of Múspell, she is Surtr's daughter and the elder sister of Laevatein.

She is voiced by Yukari Tamura in Japanese and Abby Trott in English.

Laegjarn has short green hair, red eyes, and dark skin. In her primary attire, she dresses in dark-colored armor and a cape that has a crimson to yellow gradient. In her New Years attire, she wears a red kimono with a fur trim, white socks, and sandals. In her summer attire, she wears a black swimsuit with a skirt, a rose in her hair, and black slippers.

One of the general in her country's army, Laegjarn was put in command over a region of Nifl that was successfully taken by Múspell, with Fjorm stating that despite her father, she did not abuse her people. Laegjarn makes her first formal appearance in Chapter 5, finding the Order of Heroes and giving a demand for them to surrender peacefully, something that is not obtained. In this battle, she and her sister are successfully driven off. After this defeat, Laevatein considering using a kamikaze tactic of using dangerous yet powerful magic, but her elder sister helps turn her away from this idea.

Upon realizing the hero's plans to defeat their armies due to their determination, Laegjarn began planning a way to cut them off from their spree of heroism, but is lured into a trap by the heroes. Having her sister escape, Laegjarn is captured by the heroes, and later escapes during the chaos caused by Gunnthrá's death.

Laegjarn is next seen in Chapter 10, commenting on Hríd's strength and deciding to find him before he finds the rest of the heroes. Having Helbindi help her through blackmail, they are unsuccessful in their plans, and Helbindi later leaves Laegjarn's command two chapters later.

Laegjarn makes her last canonical appearance at Chapter 13, offering herself to be sacrificed to the Rite of Flames to spare her sister. Blinded and heavily wounded, she tells the heroes of her desire for peace and her sister's safety before meeting her end. 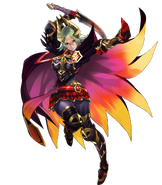 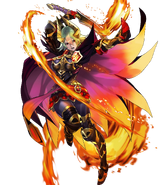 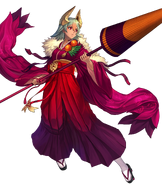 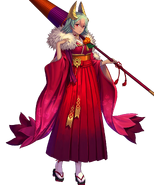 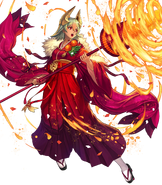 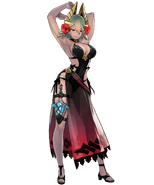 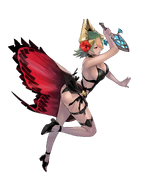 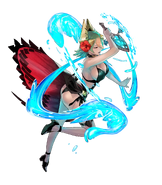 Retrieved from "https://villains.fandom.com/wiki/Laegjarn?oldid=3959978"
Community content is available under CC-BY-SA unless otherwise noted.