Lamia is a figure in Greek mythology who began as a beautiful mortal queen who angered the Olympian gods when she had an affair with the chief god Zeus - in a fit of jealous rage, his wife Hera (a goddess known for her cruelty) cast a curse upon the queen and killed her children.

Driven insane by the deaths of her children Lamia became a child-eating demon that devoured many children.

In the original myth, her face was said to become horribly deformed as a result, but in later tellings of the tale, she takes on serpentine features (a trait that has remained associated with her).

In order to try and relieve Lamia of some of her grief, Zeus removed her eyes, so that she could earn temporary relief from the haunting memories of her children's demise.

Later, the figure of Lamia became a sort of bogeyman figure told to frighten children into good behavior, the idea of a child-killing demon can also be found in the Biblical demon Lilith. 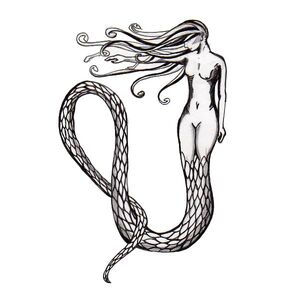 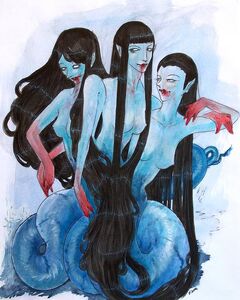 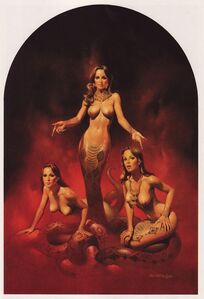 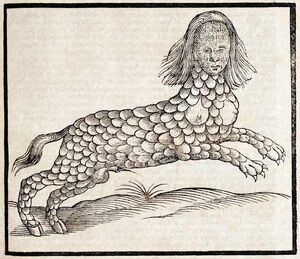 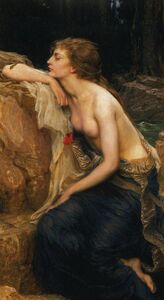 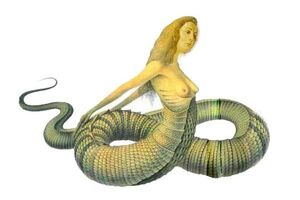