Lamplighter is a minor yet pivotal antagonist and anti-hero in the Amazon TV series The Boys. A superhuman with pyrokinetic powers, he was a member of the Seven prior to the series and was replaced by Starlight after his retirement. He was also responsible for unintentionally killing Grace Mallory's grandchildren, intending to kill Mallory instead, and was haunted by it for the rest of his life.

He is portrayed by Konstantin Shaburov in season one Shawn Ashmore (who also portrayed Eric Summers in Smallville) in season two.

Just like the rest of The Seven, Lamplighter was injected with Compound V as an infant and received powers in return. His power is the ability to manipulate fire as long as there's a source of fire around him. He discovered that power as he burned down his house as a child, much to his father's delight as he frequently abused him to manipulate him into using his powers.

In adulthood, he would eventually join The Seven and became one of the most popular members of the group. However, just like his fellow teammates and leader, Homelander, he was awfully corrupt and enjoyed burning his victims alive when on missions as well as indulging in the fame and fortune that comes with being a superhero.

In 2015 however, The Boys (Billy Butcher, Frenchie, Mother's Milk, and Grace Mallory) arranged a meeting with Lamplighter himself at a secluded warehouse where Mallory blackmails him into spying on his teammates, primarily Homelander for information so that a video of Lamplighter himself committing questionable acts wouldn't get leaked to the media by Mallory herself. Angered, Lamplighter informed The Seven about it and was presumably ordered by Homelander to burn Mallory alive. After attending a movie premiere, Lamplighter quietly broke into Mallory's home and into her bedroom, upon seeing a silhouette underneath the bedsheets, he assumed that Mallory herself is sleeping and proceeded to let out his flames, but soon realized that he is in fact, burning her grandchildren as they started screaming for their mother. Out of shock and mercy, he finished them off.

That moment would go on to haunt and torment Lamplighter for the rest of his life as he would be in constant guilt and trauma for burning Mallory's grandchildren alive. However, he would continue to serve as a strong member of The Seven until his retirement in 2019 where he was eventually replaced by newcomer Starlight. He would be fondly remembered amongst Vought and his teammates as his statue and mural are kept intact as a tribute. Unbeknownst to The Seven and the public, Lamplighter would eventually be sent by Vought to Sage Grove Mental Institution, a hospital that imprisoned dozens of supes for experimentation where he is tasked in burning evidence as well as supes who misbehaved or protested. He would also take orders from Stormfront who frequently visits the hospital to see progress.

One day at the hospital, after burning a Supe alive, Lamplighter bumps into Frenchie, Mother's Milk, and Kimiko who are investigating the hospital where Frenchie loses his cool (due to harboring deep hatred for him after he burned Mallory's grandchildren) and as a result, a confrontation between them ensues which leads to the accidental freedom of a powerful and imprisoned Supe named Cindy after her cell door gets burned off. She eventually frees the rest of the supes from their cells which causes Lamplighter to reluctantly work together with Frenchie, Mother's Milk, and Kimiko. As they take refuge in a lab, Frenchie angrily confronts him which forces him to reveal that he didn't kill Mallory's grandchildren on purpose and his guilt for doing so as well as causing Frenchie to confess that his best friend overdosed which prevented him from pursuing Lamplighter and stopping him. After bumping into Love Sausage  and escaping the hospital with them, Lamplighter is confronted by Mallory who points a gun at him. Lamplighter tearfully begs her to end his life and his pain of dealing with the deaths of her grandchildren. Frenchie however convinces her to spare his life as they contemplate what to do with Lamplighter next.

Later on, The Boys alongside Lamplighter take refuge at Mallory's home. While The Boys and Butcher go out to carry out their mission of exposing Vought, Lamplighter would miserably sit on the couch alongside Hughie, rewatching porn-parody collection of various The Seven members, past and present including Jack from Jupiter. He compares himself to the cuck in a Homelander porno as he felt like he never really did anything as a hero back in the day. Not long after, Hughie discovers that Starlight has been captured and held captive in Vought tower, he finally convinces Lamplighter to help him break into Vought tower to rescue her to which he agrees. Once they've finally broken in, however, Lamplighter who is revealed to have always wanted to kill himself in front of his statue at the Seven boardroom sees that his statue was replaced with Starlight's. He tearfully sets himself on fire, burning to death while Hughie watches in shock.

Lamplighter at first took pride at his status as a superhero and indulges with the fame and fortune that comes with being one, seemingly not truly caring for civilians and puts his fame and fortune as his priority. However, after mistakenly burning Grace Mallory's grandchildren alive, he got consumed with so much guilt and trauma that he was never really the same again, going so far as to break down in tears, begging for his life to be ended when Mallory confronted him, therefore, proving that the series' iteration of him is not entirely evil and sympathetic compared to his comic-book counterpart. 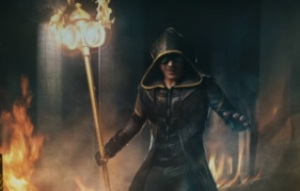 Vought showing Lamplighter on a projector. 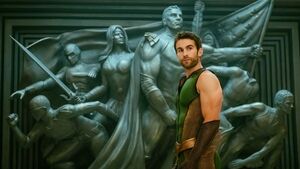 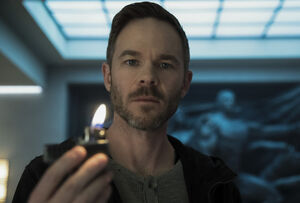 Lamplighter revealed to be played by Shawn Ashmore in season 2.

Lamplighter talks with The Boys. 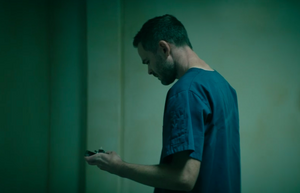 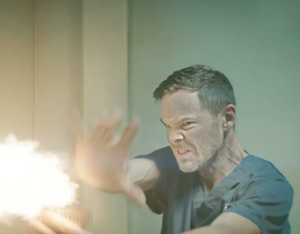