Lancers appear as giant black hornet with white armor plating covering the majority of their top half. They have long black antennae and six thin black legs, with the front two bearing large sets of razor-sharp white claws. Lancers have red eyes and red markings on their armor, as well as translucent red wings with black interior pieces. All Lancers also have a single. white, barbed stinger located on their backsides, which can fire like a harpoon with a rope-like tendril attached to it. They also have a pair of sharp pincers located on their heads.

In the episode "Welcome to Haven", Weiss Schnee is traveling to Mistral in a cargo ship. As the ship approaches the floating islands of Lake Matsu, they receive a distress call. However, as the pilot is transporting cargo illegally, he does not want to risk. capture or danger and proceeds ahead to the islands.

In the episode "Dread in the Air", the ship enters the floating islands only to see two Mistral ships attacked by the Lancers, which hide and live on the islands. They use their stingers and ramming strength to destroy both ships and kill everyone on board, then aim for the cargo ship. The pilot tries to outmaneuver them, but is unable to. Weiss gets some of the Dust he is carrying and secures herself to the floor, then has him open the back door so she can fire Dust projectiles at them. Though she manages to hit many of them, a few hook the ship and climb on top of it. As the Lancers attempt to breach the hull, the pilot makes a maneuver that swings them off and makes them smash into one of the floating islands. Weiss asks the pilot to fly between two close islands, then uses Dust to blow pieces of the islands off. As they fly through the raining debris, the stone falls on and kills the rest of the Lancers.

However, the crumbling awakened a Queen Lancer, who chases the ship down, firing spikes at it from its head and armor plates. Weiss blocks them, but parts of the ship are still hit. Weiss gets an idea, and releases all of the Dust cargo onto the Queen and explodes it, causing the Queen to get hit by a barrage of fire, lightning, earth, ice, and air. However, the Queen is unfazed, and continues pursuing the ship. In a last-ditch attempt, Weiss summons the avatar of the Giant Armor, which jumps out of the ship and partakes in an aerial battle with the Queen. Just before it strikes the killing blow, the Queen shoots its harpoon at the ship, hitting it and causing it to go down.

The avatar kills the Queen, and Weiss does her best to slow the decent of the ship with her Glyphs. However, the ship still crashes. Though the pilot's status is unknown, Weiss awakens just long enough to be found and kidnapped by Raven Branwen and her tribe. Later, during the Battle of Haven, Weiss is shown to be able to summon an avatar of a Lancer, which she used to impale Hazel Rainart and drag him back into the battle.

In "The Woman In the Shoe", Weiss summons the avatar of a Lancer to aid her and Ruby in fighting Caroline Cordovin and her giant robot, catching Ruby when she falls and picking up Qrow and Ren from off the giant robot's back.

Lancers are incredibly fast flyers and able to keep up with speeding airships. They are also durable, able to withstand large impacts, and use this ability to ram opponents. They also possess sharp claws and pincers, which are capable of tearing through metal. Their most prominent ability is their harpoon-like stingers, which can be fired to pierce enemies, then retracted again. Queen Lancers are shown to have larger claws and also the ability to fire spikes from orifices on their face and back. It is unknown if normal Lancers can perform the latter. 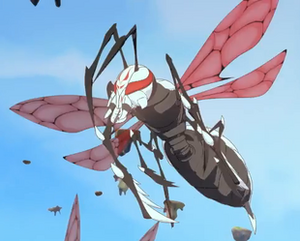 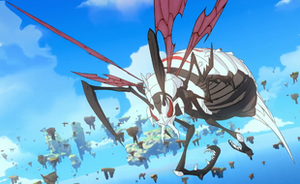 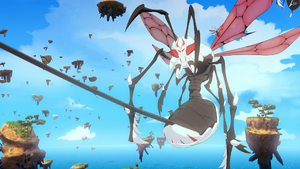 A Lancer using its stinger. 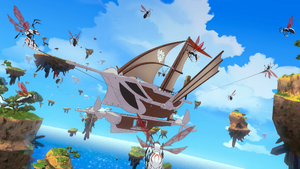 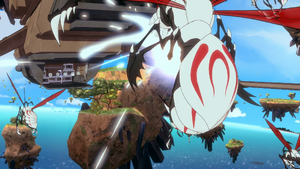 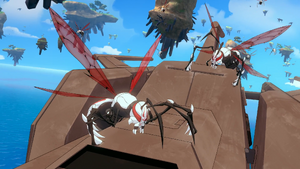 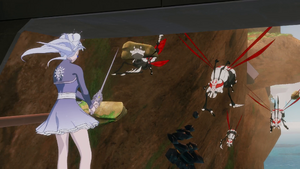 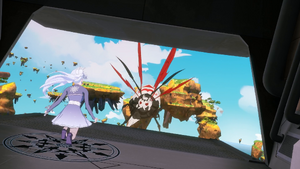 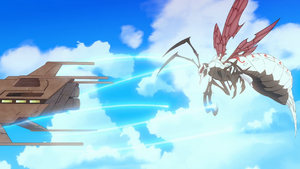 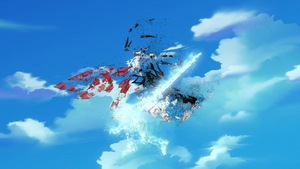 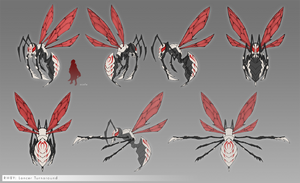 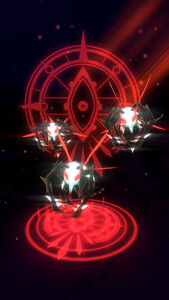 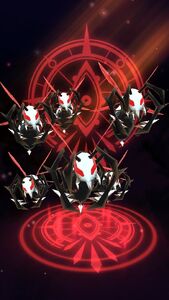 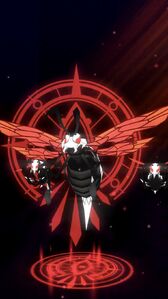