Catch Fergy and Paulie and make them go to a party.

Langston Lickatoad, also known as Langston, is an anti-heroic antagonist in the Viva Piñata TV series, who is the archenemy of Fergy Fudgehog and Paulie Pretztail, as he commonly tries to catch them and force them to go to a party.

He was voiced by Mike Pollock.

Tired of running away from Langston, Fergy and Paulie decide to befriend their enemy. Langston happily befriends them, only to find out his favorite thing to do is camp at Garbage Sites. Fergy and Paulie eventually ditch him and then he tries to catch them again.

Langston is seen on the sidelines bench, injured. He was a member of the Blue Team, which also had Fergy, Paulie, Hudson, Ella Elephanilla, Dr. Quackberry, and Shirley Shellybean.

Langston is seen helping the Piñatas try to rescue Hudson from Professor Pester and his goons. He was also willing to be the captain of the ship as well.

He attempted to capture Fergy and Paulie before they went to leave at the retirement island.

He was the main antagonist of the episode, and tried to manipulate Fergy's Mom so that Fergy had to go to a party. He was defeated when Fergy's friends rescued him and convinced his mom to go instead.

To catch a Piñata

As the main character, Langston gets fired after too many failed attempts to catch Fergy, and his boss makes Fergy the new catcher, and Fergy chases Langston instead. Langston convinces Paulie to help him, and in the end, he gets his job back.

Langston's cousins come to visit, and control him against his will. Eventually, he gets scared and runs away. The cousins then start to control Fergy against his will, after Fergy begging them not to leave. 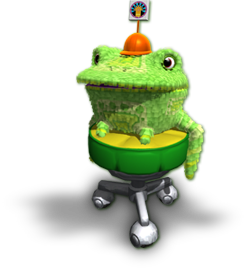 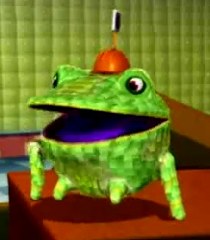 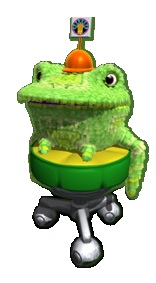 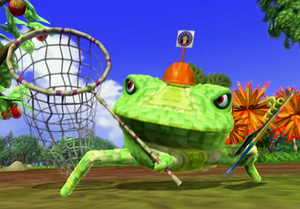 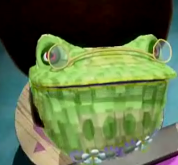 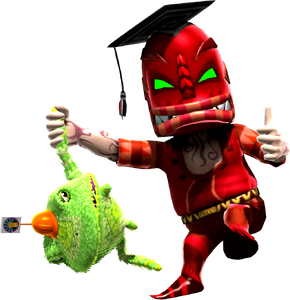 Captured by Pester
Add a photo to this gallery

Retrieved from "https://villains.fandom.com/wiki/Langston_Lickatoad?oldid=3459723"
Community content is available under CC-BY-SA unless otherwise noted.