Leader of the Gaudeamus clan

Being with his sister Sulia.

Use the Armor of Mars (succeeded for a while)

God Wannabe
Laocorn Gaudeamus is the main antagonist in the anime, Fatal Fury: The Motion Picture. He is the older brother of Sulia Gaudeamus, childhood best friend of Mai Shiranui, and one of Terry Bogard's rivals.

He is voiced by Matt Hill.

Laocorn and Sulia are descendants of Gaudeamus, the king of Rhode Island and a powerful warrior. Gaudeamus was thought to be the one who prevented Alexander the Great from invading the country, so the two reached an undisclosed deal. Soon after, Alexander the Great invited Gaudeamus to his capital, but he fell ill and soon died.

Fearing the power of Gaudeamus, his generals set a trap and burned him, but the armor itself became alive and accepted the role of Mars, the God of War, and began to destroy the capital. Sulia told the group that the legend said that after four travel strangers stopped bleeding and armor caused by bloodshed, the armor was stopped. When they completed the mission, the armor was dismantled and taken to six secret locations within the empire, so it never again caused such damage. When Laocorn learned that his father was killed by a jealous colleague, he tried to revenge but was shot. His arm fell on Armor of Mars and merged with him. Now that knows he is not weak, he looks for other parts of the armor around the world, as well as Jamin, Hauer, and Panni.

Although he knew that Sulia had asked Terry Bogard, Andy Bogard, Joe Higashi, and Mai Shiranui for help stop him, he still inevitably found all the fragments and gained a miraculous power. However, the four fighters is tried to stop him, but he was too strong until Sulia pierced her heart with a stone. Due to the physical and mental connection between Laocorn and Sulia, Laocorn felt the blow. Terry did not bring a strong impact on the heart of Laocorn, which led him to lose the armor that Sulia died soon.

The armor assumes the true form of its owner and opens a beam of energy. However, Andy jumped in to protect her from the blast, Laocorn decided to do it and redeem herself. Laocorn is completely destroyed by the beam.

Laocorn is a kind person, but he always feels weak. When he touched the armor, he became full of drunk, but that was the influence of Mars. When he took off his armor, he recovered his senses and tried to redeem himself. 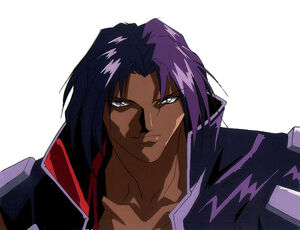 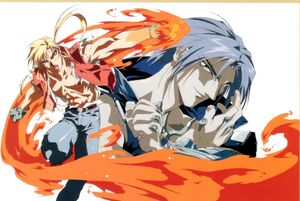 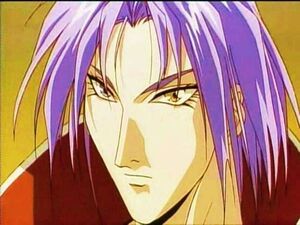 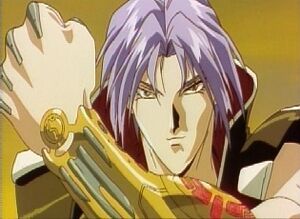 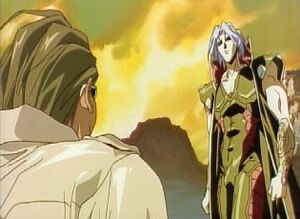 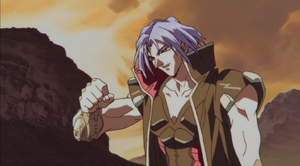 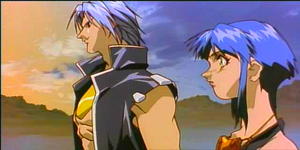 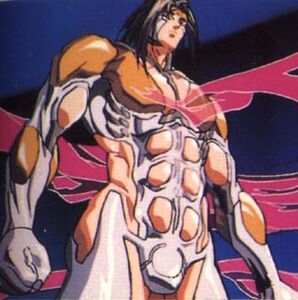 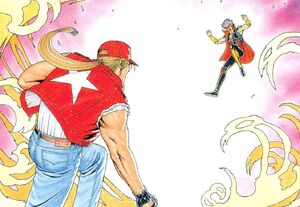 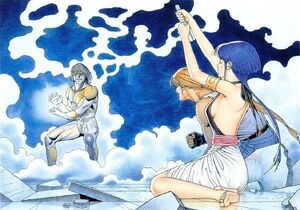 God Laocorn illustrated by Shinkiro.
Add a photo to this gallery

Retrieved from "https://villains.fandom.com/wiki/Laocorn_Gaudeamus?oldid=4037210"
Community content is available under CC-BY-SA unless otherwise noted.