Transform into a sword

Pranking Solo by deleting his save file from his game.

Laplace is a minor antagonist turned anti-hero/supporting protagonist in Mega Man Star Force 3. He is a Wizard and the last EM Being from the Le Mu after the continent Mu fell into the ocean.

Just before Mega Man enters the Black Hole Server, he is stopped by Rogue to a battle to who will fight Sirius. It is revealed at that point, by Mega Man, that while Solo rejects all bonds with people, he feels a deep connection to his own cultural life and Laplace alongside it. This is the reason why Solo has formed such a close partnership despite regardless of his typical attitude towards people, and proves that he considers Laplace to be much more than just a tool and that Laplace shares Solo's pain and torment.

Laplace never speaks once in the game. However, Solo seems to able to understand the static-like sounds Laplace makes and judging by Solo's responses, it seems Laplace is something of a smart-aleck towards his master and at one point even appeared to be teasing him. Solo's acceptance of this behavior from Laplace, but not from others, would seem to further prove his bonds to his ancestors from Mu, but not to people of the modern world. 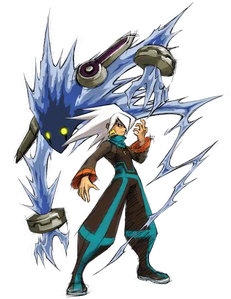 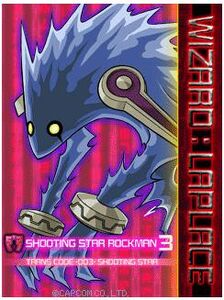 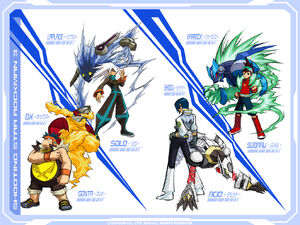 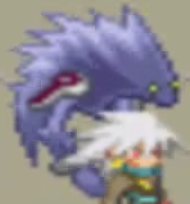 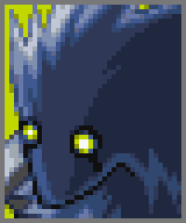 Solo and Laplace in the ending credits in Mega Man Star Force 3. 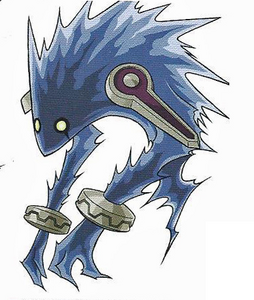 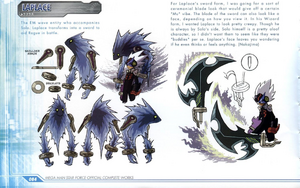 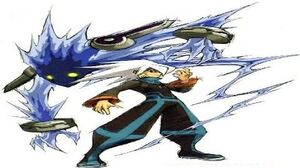