Stop Mario from interfering with his ruler King Bowser's plans.

Larry Koopa is the youngest of the seven Koopalings. He appears as a boss in many Mario videogames. He also appears in two Super Mario Bros. cartoons where he is known as "Cheatsy Koopa". And also in a Japan exclusive Mario anime series where he goes by his real name.

He is voiced by Michelle Hippe.

Larry has blue hair in a mohawk like style, and is one of the smaller Koopalings. He initially has a green shell, but this is later changed to a blue shell. The top half of his face is dark green. He has a blue star on the side of his head, similar to the one on Morton's face. His head is oval-shaped, and bears two fangs on the sides of his mouth. He has large oval light blue eyes, and his stomach and feet are padded.

His first appearance was in Super Mario Bros. 3, as the first boss. Larry is fought in an airship at Grass Land. He uses magic attacks. Mario defeated him, and he retreated, leaving behind the magic wand needed to change the king of Grass Land back to normal.

Larry is the seventh Koopaling fought in Super Mario World, and is fought at the Valley of Bowser right before Bowser's castle. To defeat him, Mario must knock him into the lava, like Iggy's battle

Larry and the other Koopalings were apparently revived somehow, as they returned in Mario & Luigi: Superstar Saga, as bosses in Bowser's castle. Larry was the last Koopaling to be fought. They were all apparently killed after being defeated.

Although not actually seen in the game it was revealed that Larry along with his other siblings (excluding Bowser Jr.) were to make an appearence in this game but were taken out for no apparent reason. Every one of the Koopalings had their own complete sprite sheet.

The Koopalings returned again in New Super Mario Bros. Wii. Larry is fought twice in the first level (a plains level). Kamek made the floor move during the second battle, but Mario defeated him and he fell off the screen. After the credits, it is revealed that he survived, but Bowser, Bowser Jr., and the Koopalings were all crushed when Bowser's castle fell on top of them.

Larry and all of the other Koopalings also made their first appearance as playable characters in Mario Kart 8. Larry and Wendy were both in the light class. 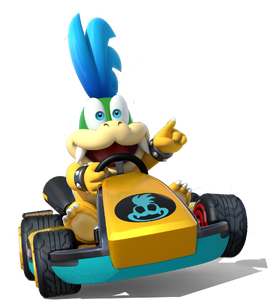 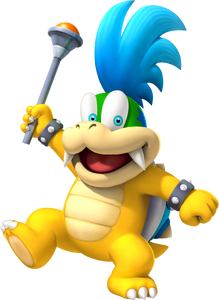 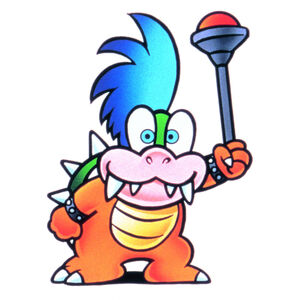 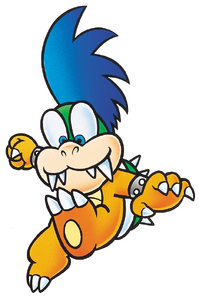 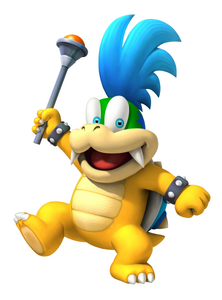 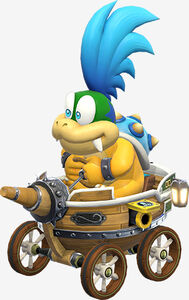 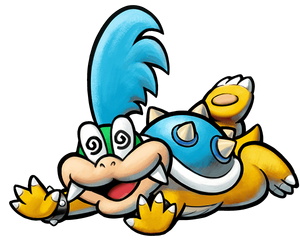 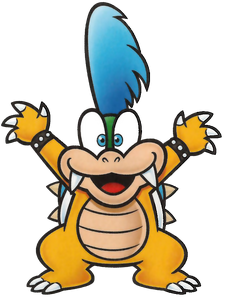 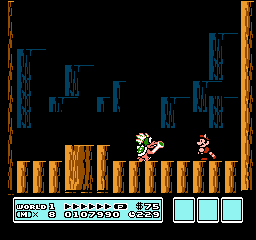 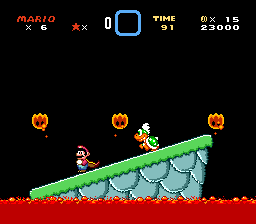 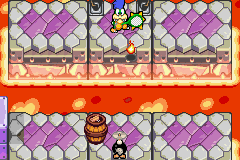 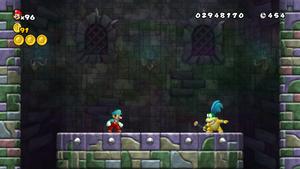 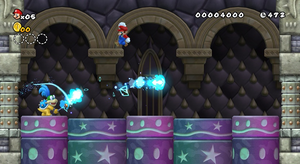 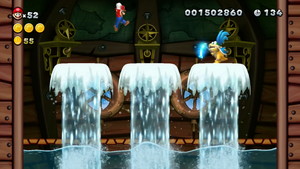 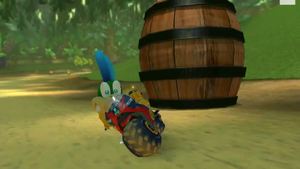 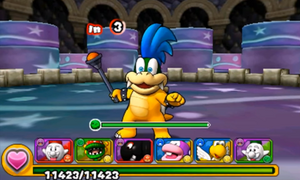 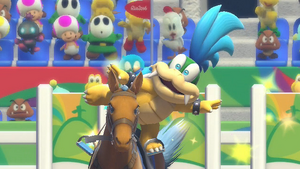 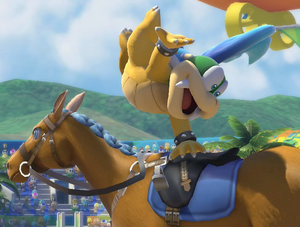 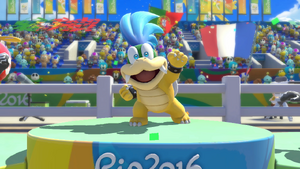 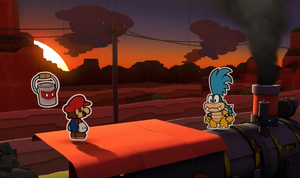 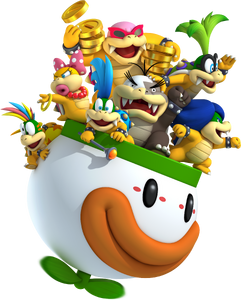 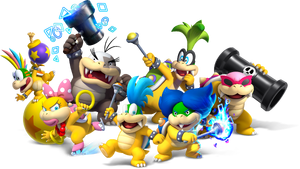 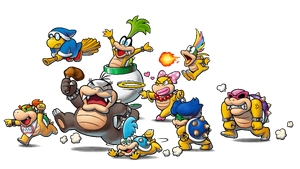 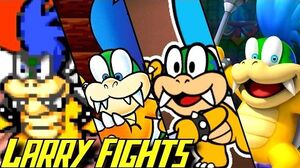 Retrieved from "https://villains.fandom.com/wiki/Larry_Koopa?oldid=3565228"
Community content is available under CC-BY-SA unless otherwise noted.