Larry Nepp is the bassist and manager of The Newmans. He is the gender opposite of Laney Penn. He is the band's bassist. He has a secret crush on the band leader, Carrie. He hates Grojband and wants his band to be bigger than theirs. He is often being mistaken for a girl, just as Laney is mistaken for a boy. He is voiced by Bryn McAuley.

Lanny looks exactly like Laney only he has shorter hair without a hairclip. He wears black shoes instead of boots. His eyes are more rounded and he doesn't wear eyeliner or black lipstick. His shirt is more of a V-neck shirt than Laney's.

Larry overall is the smartest of all of the Newmans. However, he is always being ignored even though he's right about everything. He is usually being mistaken for a girl. He has a secret crush on Carrie. he is evil and wants to become bigger than Grojband. 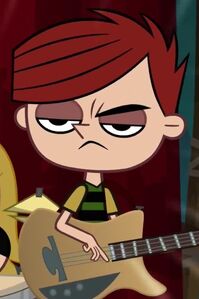 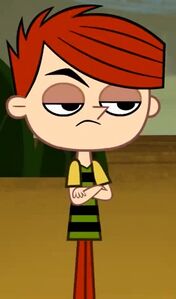 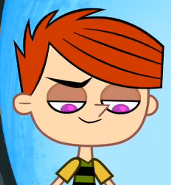 Retrieved from "https://villains.fandom.com/wiki/Larry_Nepp?oldid=4021660"
Community content is available under CC-BY-SA unless otherwise noted.