Larstatstnaras, going mostly as the kind Sarantsatsral, is a boss from Dragon Quest IX. It was an ordinary monster, specifically a Slugger, that ate a Fygg and turned into a huge, corpulent sorceress that could also adopt a human shape.

Disguised as a lady called Sarantsatsral, this creature had a plan to rule the plains: She was about to marry the tribe chief of the nomad town of Batsureg, Bakthaan. However; his son, Batzorig, saw through her cover and is trying to come up with a plan to reveal her scheme. Until then, he held an act of being terrified of battling a beast that came to town (which was really Khoonbish, a tame Badboon and his friend). After that, the celestrian nature of the hero/heroine allows him/her to see Bakthaan's dead mother. He tells the hero to get the Bodura grass from the old town, Gerzuun, now plagued with monsters. After braving the dungeon the protagonist tells Batzorig of his mother's plan, so the two enact a trap to reveal the monster's true form. Khoonbish attacks the village and Batzorig pretends to defeat it, so when he's about to deal the finishing blow he uses the Bodura Grass on Larstatstnaras, who transforms into his monstrous form.

After being defeated, Larstatstnaras reverts to her original Slugger form and begs for forgiveness, reasoning that she only did all she did because she felt lonely. Batzorig forgives her, allowing her to leave along with Khoonbish, so that she would have a friend and never feel lonely again. It is unknown what happened to both afterwards. 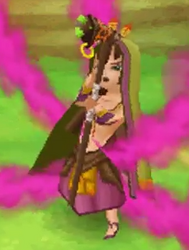 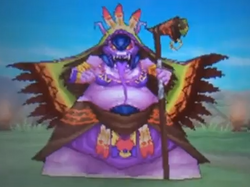 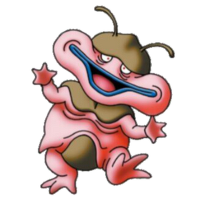