Getting her way.
Battling.

Lash acts childish and socially underdeveloped. In battle, she has a careless and cheerful attitude. She seems somewhat arrogant, as shown how she sometimes refers to herself as a genius. She appears to be remorseless and cruel, which is shown by the fact that she enjoys the destruction her inventions create.

Not much is known about Lash's past. However it is clear that she spent her time inventing machines. It could be a possibility that she withdrew herself from society. This would explain why she's socially underdeveloped.

Lash was at some point recruited into Black Hole. She designed many of their superweapons and other weapons of warfare for them to use. She was later tasked by Sturm with invading and conquering the nation of Blue Moon. However, her forces are pushed back by Blue Moon's COs and she is forced to retreat.

Lash later reappears alongside Hawke as a member of Black Hole under the leadership of the Bolt Guard. However, she and Hawke are betrayed and driven out by Von Bolt and his Oozium-238s. The two end up joining the Allied Nations and assist them in stopping Von Bolt's plans. 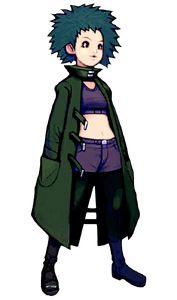 Lash in Advance Wars: Dual Strike.
Add a photo to this gallery

Retrieved from "https://villains.fandom.com/wiki/Lash_(Advance_Wars)?oldid=4287223"
Community content is available under CC-BY-SA unless otherwise noted.