The Last Man Battalion are a faction of enemies in the Ubisoft game Tom Clancy's The Division. A force of private military contractors first brought on to protect the assets of various corporate interests in New York City, the fall of Manhattan led their leader to decide that only a strong hand could salvage and restore what was left.

The Last Man Battalion was a force of private military contractors, primarily made up of US military veterans who were brought aboard by their leader, Lt. Col. Charles Bliss, himself a former US Army officer. Thanks to Bliss' contacts with at least some corporate leaders on Wall Street, he was able to convince several corporations to employ his forces in protecting their physical assets during the outbreak of the Dollar Flu.

By the time that the people of New York realized that the outbreak was more than just a new mutation of the flu, Bliss and his forces had realized that there was no point in giving their lives to protect physical assets when there was likely no one coming back to use them. When the JTF withdrew in the face of the escaped convicts from Rikers Island, Bliss realized that someone needed to step into the vacuum and be a force of order in New York City.

This turned into a nightmare for the civilians left in the regions of Northeast Manhattan, as the militaristic basis for the LMB translated into a quasi-fascist state for their area of control. Any dissent or even questioning of the LMB's operations would result in instant retaliation, with even minor incidents resulting in death at the hands of LMB mercenaries.

As trained soldiers, the LMB posed possibly the most dangerous threat to JTF operations on the island. Equipped with cutting-edge equipment nearly on-par with the Division's equipment like automatic turrets and automated first aid stations, as well as possessing laser-targeted machine guns and even helicopters, the Last Man Battalion was further reinforced when rogue First Wave Division agent Aaron Keener brought along several other rogue agents to become part of what Keener saw as the "winning side".

Despite their firm position, the LMB was undone by the Second Wave after their supporting structure was undone piece by piece. Denying the LMB CERA supply drops, hostages, and strongholds, the LMB was eventually hemmed in to the area around the United Nations building. The final nail in the coffin was the JTF's assault on their position in pursuit of Keener and Russian virologist Dr. Vitaly Tchernenko. Despite dug-in resistance and even two rogue agents taking part in the defense, the LMB was broken when Bliss attempted to drive back the JTF using his own personal helicopter only to be shot down.

Despite Bliss' death and the disappearance of Keener, several LMB units remain in New York's underground, including a force possessing a still-functioning APC capable of wiping out entire JTF units in one assault. Despite this, the destruction of the LMB means that the last truly organized force standing against the JTF and Division no longer stands in the way of rebuilding New York. 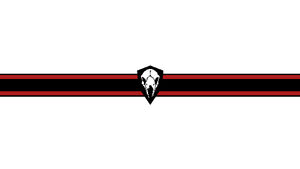 Add a photo to this gallery
Retrieved from "https://villains.fandom.com/wiki/Last_Man_Battalion?oldid=3890358"
Community content is available under CC-BY-SA unless otherwise noted.