Kill and torture as many SAO Players as possible for sport. (failed)

Laughing Coffin is an infamous player-killing guild and is one of the main antagonist factions in Sword Art Online. It is an red player-guild that is known for its brutal tactics and countless innocent players that have been killed and tortured by its members and has terrorized SAO for long periods of time. It was dissolved when fifty players launched an assault against the guild and beat them but lost many people in the process.

Following the end of Sword Art Online Game in November 7, 2024, the members of Laughing Coffin were considered real serial killers in the real world and were hunted down as criminals, becoming a known group of murderers in society and hated by the entire gaming community. However, it seems not every member of the guild knew that killing in-game was also meant that they were also killing real people in the real world.

Laughing Coffin was formed on January 1, 2024, after the original members of the guild murdered a large group of players on New Years Eve of 2023. A day into 2024, the guild was formed and began their campaign against the players of SAO. They began to kill and slowly torture countless players throughout its existance and was soon called the murder guild for their countless killing sprees and was also dubbed the red guild.

On April 19, 2024, a player and Golden Apple guild member known as Grimlock had been hiding after he murdered his wife Griselda and hired members of Laughing Coffin to kill Golden Apple members Schmitt, Yolko, and Caynz who were searching for who killed their leader. The guild accepted the deal and PoH, Xana, and Johnny went in to kill the three and managed to find and surround them in a forrest until Kirito showed up and told them that reinforcments were showing up.

4 months later on August 2024, Laughing Coffin had been responsible for the deaths of hundreds of SAO Players and had became a threat to the remaining survivors. The Clearers had approached the guild with a message of peace and many clearer players had tried to convince them to leave everyone alone but they all failed. Instead, the negotiators were all murdered by the guild and war was soon declared on them. A large army of 50 players soon launched a crusade against Laughing Coffin as they arrived at their headquarters when all of a sudden, they were ambushed. A large battle had ensumed and at the end, the guild had been defeated and over 21 guild members were killed in the end and so were 11 crusaders. XaXa and Johnny were both arrested, but PoH was not labeled dead or captured and is the only known Laughing Coffin member known to have escaped the crusade.

After the crusade, Laughing Coffin had been dissolved but PoH still survived. He watched as Kirito and Kuradeel were in a dual on the 74th Floor and overheard his wish to actually kill Kirito. He then approached him and helpled train him alongside Godfree until he was ready. PoH invited him into his guild and taught him the paralysis poison spell to use on Kirito. 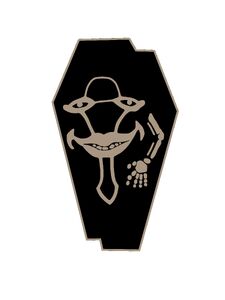 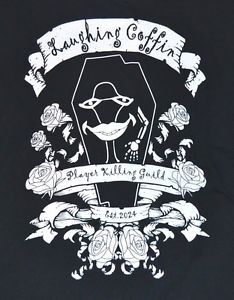 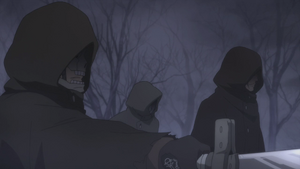 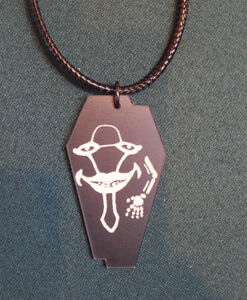 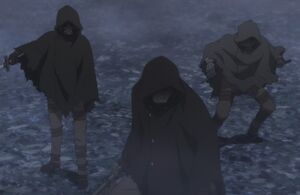 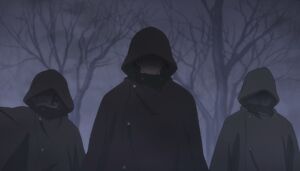 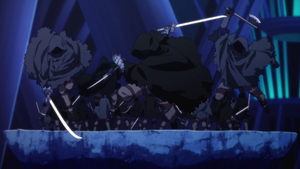 Laughing Coffin ambush
Add a photo to this gallery

Retrieved from "https://villains.fandom.com/wiki/Laughing_Coffin?oldid=4141268"
Community content is available under CC-BY-SA unless otherwise noted.