Organizing party at her manor.

To take The Pin's drug empire for herself (failed).

Laura Dannon is the main antagonist of the 2005 mystery movie Brick.

She is portrayed by Nora Zehetner who also portrayed Khloe Sedgwick in Grimm.

Laura is a wealthy student. She studies at the same school that the protagonist Brendan Frye. Searching for his ex-girlfriend, Brendan finds a mysterious phone number. Calling for it, Laura answers. She organizes a party where Brendan is invited. Laura plays piano and recites a poem. After this, she goes upstairs and finds Brendan who pours a drink of alcohol. Brendan introduces himself to have information about Emily. She have disappeared and no one can tell where she is. Laura directs him to drug users Emily is dating, all the while flirting with Brendan.

Eventually, he finds Emily dead at a sewer's exit. Laura approaches him to help him, but Brendan refuses his help because he doesn't trust her. She reveals that Emily supposedly stole a brick of heroine (they are named because of their forms) after the Pin, a local drug kingpin, put her out because of an operation.

After a beating, Laura again wants to pick up Brendan to the hospital but the latter refuses and informs him of a meeting who will occurs at the place where Emily's body was found. The people concerned are Dode, Emily's boyfriend, the Pin and Tugger, the Pin's enforcer. He asks her to honk three times loudly when she sees them arriving. She does and the meeting happens but it takes a bad turn. Dode asks for too much money to reveal the murderer's identity and threatens to go to the police, Pin refuses the deal, and Tug kills Dode, revealing that he was the one who killed Emily.

Laura later comforts Brendan crying for Emily's loss. She implores him to not go to a meeting organized by himself because it would be dangerous. Tugger and the Pin indeed became enemies because of the previous incident. But Brendan decides to go to the meeting anyway. But before going, he mysteriously pays attention to Laura's cigarette. In Pin's house, things are heating up and both the Pin and Tugger are killed.

Finally, he confronts Laura with his reasoning: she had stolen the first brick and had Emily accused in her place, then she arranged for Tug to kill her. He finally reveals to her that he left a message to the school administration denouncing her. Laura's locker is searched, the missing brick is found. The reason he knows all this is because he realized that Laura's cigarette was the same he has seen at the beginning. He was talking to Emily in a cabin at that time but she saw a Ford Mustang, panicked and hung up. A person in the car threw a cigarette butt with a blue arrow by the window. It's the same cigarette Laura smokes. Unmasked, Laura spitefully reveals to him that Emily was pregnant because of Brendan before leaving. What happens to her after is unknown but she is presumably imprisoned later for her crimes or has managed to escape the authority. 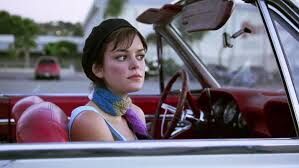 Laura in her car. 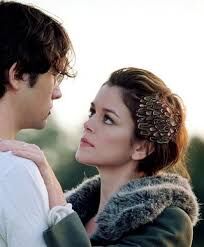 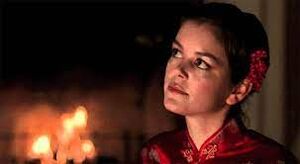 Laura in her manor. 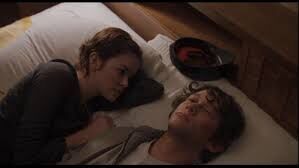 Laura in bed with Brendan.