Villains Wiki
Register
Don't have an account?
Sign In
Advertisement
in: Mature, Articles under construction, Vengeful,
and 30 more

Woman of the White

Lady in the White

Formerly a chef in Camp Redwood, then known as Camp Gold Star, Lavinia is the mother of Benjamin Ritcher a.k.a Mr. Jingles and the person who encouraged Margaret Booth into framing Benjamin for the 1970 murder, believing he should pay for the death of his younger brother, Bobby.

Lavinia was a widowed mother who lost her husband in World War II. After the war, she began her service at "Camp Golden Star" (the previous name of Camp Redwood) as a cook to maintain a fun summer for her two sons, Bobby and Benjamin Richter. It was shown that she favored Bobby instead of Benjamin, whom she neglected.

On a summer in 1948, Lavinia tasked Benjamin with watching Bobby while they went swimming. However, Bobby was left on his own after Benjamin chose to watch the lifeguard being intimate with a counselor in the woods instead. While swimming in the lake, Bobby was accidentally killed after swimming into a boat propeller.

Henceforth, Lavinia became a ghost of Camp Redwood known as the Woman in White and became the source of its long-lasting curse. The death of his family haunted Benjamin in his entire life.

Lavinia stayed in Camp Redwood in peace for the next three decades, and slowly had a change of heart and remorse over her actions after accompanying the ghosts of both her sons by her side. During Bobby II's visit to Camp Redwood in 2019, he was attacked by the vengeful ghost of Margaret when, Lavinia, now having a change of heart in her personality, reappeared and saves Bobby II, from Margaret.

Disgusted by how far Margaret would go, Lavinia rebuked Margaret for her action and claimed that Bobby should like happy ever after. When Margaret dismissed such thing, Lavinia slashed the throat of Margaret and left her damaged soul to be imprisoned by the vengeful ghosts of counselors, amending the results of Lavinia's own actions more than forty years ago.

After saving her grandson, Lavinia remarked how handsome he was and how he looked just like his uncle would have looked as an adult. By the end of the series finale, Bobby II departs Camp Redwood at the insistence of the ghosts, sharing a tearful goodbye with his family beforehand. With a tearful smile and accompanied by Benjamin and Bobby, the redeemed Lavinia watched her grandson departed. 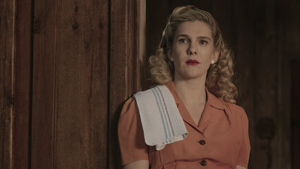 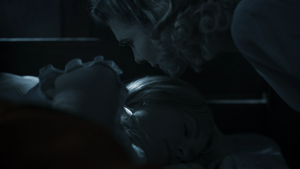 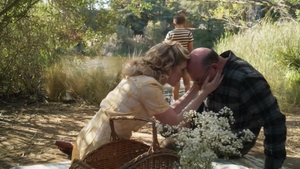 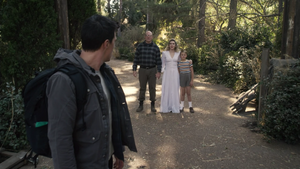