Lawrence is loyal to Dr. Nefarious and he always does what Nefarious says. Nefarious and Lawrence are endangered, together with a number of galaxies. When Captain Qwark destroyed Nefarious' body, Lawrence built him a new body. Nefarious  ordered him to destroy Ratchet and Clank.

Lawrence secretly followed Clank to the Orvus Chamber. And Lawrence saved his master before death, such as when Ratchet and Clank were defeating Nefarious Lawrence  rescued him before the destruction of the Space Station. Dr. Nefarious and Lawrence's current location is unknown, and they weave the following plans. 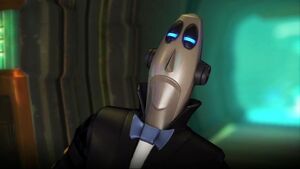 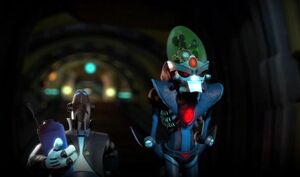 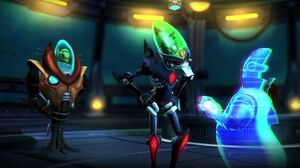 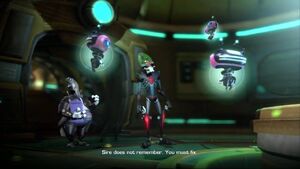 Retrieved from "https://villains.fandom.com/wiki/Lawrence_(Ratchet_%26_Clank)?oldid=3906854"
Community content is available under CC-BY-SA unless otherwise noted.