Ruler of the continent of Mu

Creating copies of the Mu UMAs and Murians.

Sending the copies to Earth.

Smash Mu into the ground to destroy the Earth (failed).

Le Mu is a major antagonist and final boss of Mega Man Star Force 2. It is the God of EM Waves and ruler of the continent of Mu, it is awaken by Dr. Vega with the power of the OOPArts.

It is said that Le Mu to be the God of all EM Waves. After years during Mu people's destruction, Le Mu fell into a deep sleep, only to be awakened by Dr. Vega to bring the end of Earth.

Geo refuses to join Vega and her quest to rule over the world. Vega then engages before Le Mu battling Geo. After the final battle, Geo wins, but Vega orders Le Mu to send Mu to the ground to blow up Earth.

While Geo talks to Vega, Le Mu awakens and carries out Vega's order. After Vega leaves, Geo stay and stop Le Mu from destroying Earth. As Geo fails to destroy Le Mu, his friends call from his Star Carrier and tell him that entire world is listening to his bravery and not afraid anymore. Geo stands up encouraged, destroys Le Mu with one shot from his Mega Buster, causing the whole continent of Mu to collapse into the ocean.

Le Mu is first seen crawling out through the portal connecting Mu and Earth at the end of the series. Rogue appears and holds Le Mu back and tells Geo to use the power of OOPArts to seal him and Le Mu to prevent it from destroy Earth. Geo uses Czar Delta Breaker to destroy the portal, sealing Le Mu and Rogue with the continent for good. 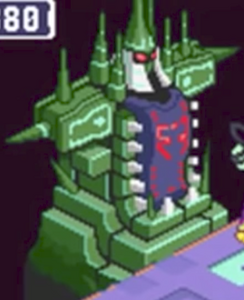 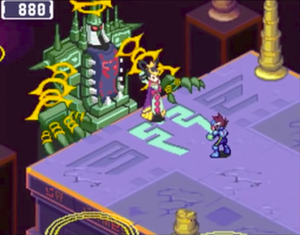 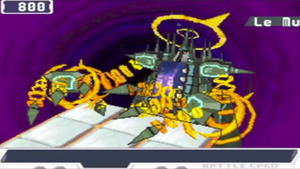 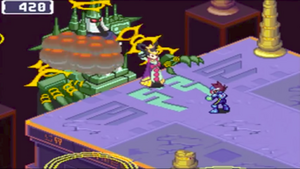 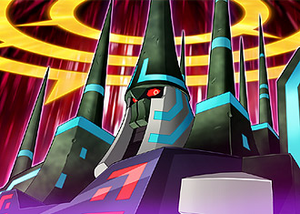 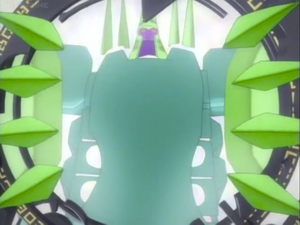 Le Mu in the anime. 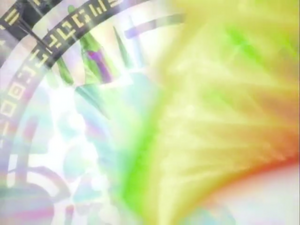 Le Mu being sealed back. 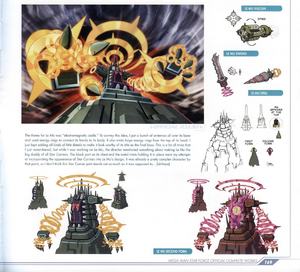 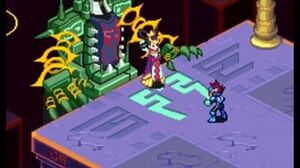 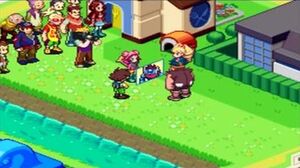