Cunning
Use of his mallet

Get revenge on Courage (failed).

He is a French duck who served as a con artist in most episodes and often bamboozled the Bagge family (except Courage). Once Courage first defeats him, Le Quack focuses on trying to get back at him or his owners.

He was voiced by Paul Schoeffler, who also voiced Katz and Cajun Fox in the same show.

Le Quack is a sadistic, calm, resourceful, highly-intelligent, strategic, manipulative, cruel, and sociopathic person, who seemingly acts as a typical supervillain. He apparently finds the thrill in committing thousands of bad deeds as a criminal, and doesn't seem to show any concerns, or have any second thoughts on his plans. It is known that the sole purpose of being a criminal was to mainly satisfy his greed, as he is a person who desires to earn more and more money.

Le Quack first appeared in this episode, where he gets a call that someone has amnesia from Courage (talking about Muriel) and goes to Courage's house to see the patient. However, Le Quack only tends to try and get valuables from the family. He first runs into Eustace and knocks him out with a large mallet (which later revealed to have given Eustace amnesia in the process). He then finds Muriel playing her sitar and identifies her as the patient. Le Quack then tries to get Muriel to tell him where she is keeping her valuables at (which even includes the deed to her house) at by using several methods (which includes tickling her foot, using a toy train to fling pies into her face, and getting her to eat a piece of stinky cheese). However, Le Quack was thwarted by Courage who called the police on him. However, the police car is shown wrecked and Le Quack is seen wearing police clothes and talks directly to the viewers saying that they have not seen the last of him.

On the run, Le Quack was forced to take up residence within a cave while he planned his vengeance on Courage. With the Nowhere Lottery imminent, he saw a way to defeat his rival and reclaim his fortune.

Disguising himself as a TV repair man, he returned to the farmhouse for the first step of his master plan, being remembered only by Courage, who growled at him at the door. Initially, his services were denied, as the television was not broken, and so Le Quack had to cut the antenna on the roof to make it appear dysfunctional. After that, he took action and started his work on their set. With his "repairs" complete, he departed as quickly as possible, leaving Courage very suspicious as to his intent.

Soon enough, as the farmers enjoyed their enhanced television quality, Le Quack appeared on screen—a hypnotic peppermint background behind him—and gave Eustace orders to dispose of Courage. Next, he forcibly coaxed the Muriel into dressing up as a clown, and the farmer a diver for the next stage; stealing the money.

His scheme devised that, acting as a clown, Muriel distract the guard while Eustace sneak in through the sewers. Once he had achieved the prize, they would make their escape back to Le Quack's headquarters.

All went according to plan, and they successfully arrived with the bag of cash. However, when Le Quack opened it to observe his winnings, it was emptied except for the pink dog he had grown to resent. Courage fled to the back room, Le Quack pursuing, where the two had a physics-defying battle, turning TVs to certain shows that dish out real versions of the weapons on those shows (example: Courage turns on a show involving a submarine that fires a torpedo at Le Quack, who turns on a show about King Ghidorah that breathes fire at Courage). When a seemingly harmless pie turned out to contain a stick of dynamite, the room was blown up, leaving the con artist defenseless when the police barged in to arrest him yet again.

Shortly thereafter, Le Quack set the prison ablaze in his escape, his lust for revenge is unstoppable.

Le Quack sees a way to trick Muriel into robbing the Piggy Bank of Sweden, a huge piggy bank that holds a lot of Swedish money, by forcing Muriel to bungee jump from a hot-air balloon. But Le Quack tells Muriel to do it to get rare Swedish vinegar. After Muriel got all of the Swedish money to him, Le Quack cuts the bungee rope with a saw. Luckily, Courage grabs Muriel to safety, and Le Quack's balloon is shot down by the Piggy Bank's defenses, leaving the malevolent mallard duck singed and humiliated while floating down via parachute, presumably arrested again by the guards afterwards.

When Muriel knits a blanket for Courage, Eustace is angered that Courage gets all the attention. So the farmer vows to get rid of the dog once and for all. Eustace calls up six of Courage's worst enemies, Katz, the Puddle Queen, the Weremole, Le Quack, Cajun Fox, and The Big Toe to get rid of Courage. Eustace gathers the villains in the basement to devise a plan. Courage and Muriel return from buying some groceries, and Muriel notices the noise in the cellar. When she inquires about it, Eustace tells her he has a men's club and that she should make them sandwiches. Muriel does so and brings them downstairs. The villains hide themselves by holding up newspapers, but their cover is blown when the Puddle Queen helps herself to a sandwich, making Muriel angry about being lied to. She's promptly chained to the wall and ordered to scream in order to attract Courage. Katz provokes Muriel into screaming by messing with her laundry. This arouses Courage and he rushes downstairs where his six enemies challenge him to a game of dodgeball. While Eustace watches in amusement, the villains ready themselves (except for the Weremole, who would rather eat his ball, much to Katz's disgust). The game begins and the villains begin to pelt Courage with dodgeballs and other projectiles (there's also a halftime show starring the Red and Purple Duck Brothers). After Courage is sufficiently wounded by the dodgeball match, the villains surround him with an assortment of weapons ready to do him in. Muriel urges Courage on what he can do better than any of them. After thinking for a second he screams at the top of his lungs causing the villains to fall through a chasm that breaks open in the ground. Le Quack, who disappears halfway through the game, isn't shown as a victim of this, which means that he possibly escaped.

In the crossover film Straight Outta Nowhere: Scooby-Doo! Meets Courage the Cowardly Dog, Katz and Le Quack join forces when they discover a meteorite comprised of dark matter which if it spins, it creates different waves of frequency that animals can pick up on, or people could be coerced. As such, Katz and Le Quack intend on using it to brainwash people into sending their money to the farmhouse.

When the Mystery Gang becomes involved, they decide to use the frequencies to control legions of mutated cicadas. They also manipulated events to where they were elected as the mayor of Nowhere. 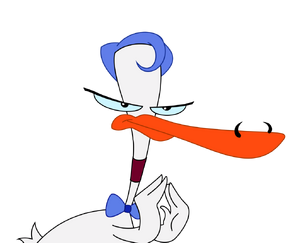 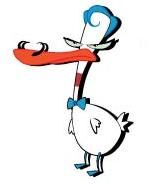 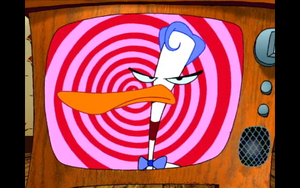 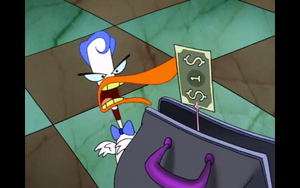 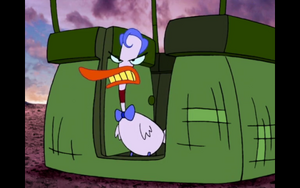 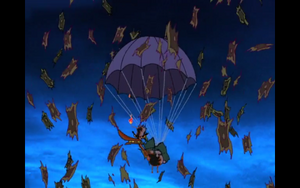 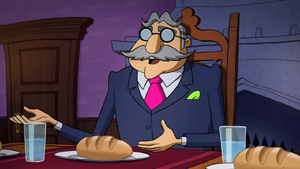 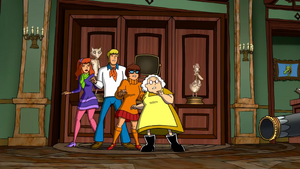 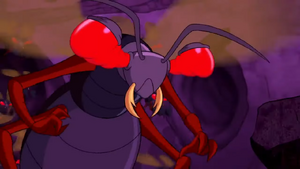 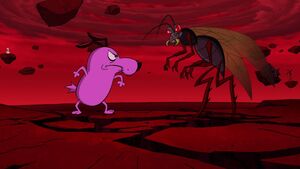 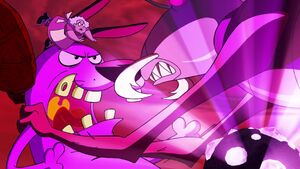 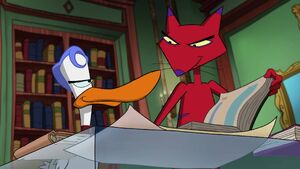 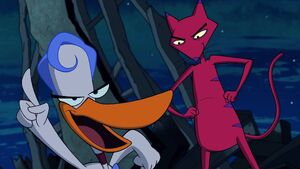 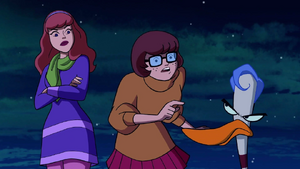 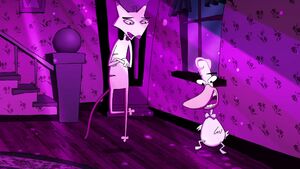 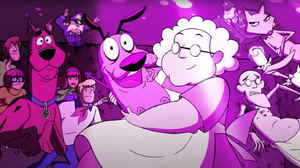