Lead Teen's Crew are minor antagonists of the 2004 comedy film Fat Albert. they are a crew of teens that are minions of The Lead Teen.

They were voiced by Charles Duckworth, Benjamin Diskin, and Josh Uhler.

The Caucasian teen of the group wears a green cap, orange hair, and has freckles. Meanwhile, the two African-American members of the goup wear a blue cap and a big black-colored afro and a norange hat with a lowcut hair style respectfully

They later appear where they are chasing Russell as he gets in a car. however, instead, they sang a dark reprise of the Fat Albert theme song. and even kept doing it until they presumably left, until they were presumably coming back.  They later ran away along with Lead Teen after Fat Albert came back. 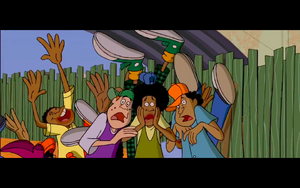 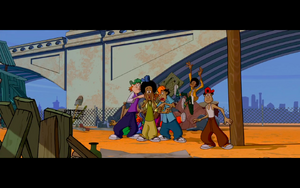 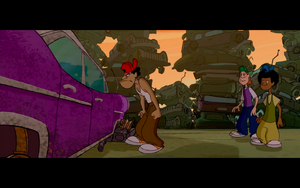 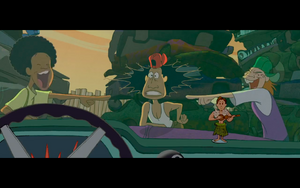