Collect as many hearts as possible.

Cannibalistic Dark Form
The Leechgrave is a minor antagonist in the video game Kingdom Hearts 358/2 Days. It is an Emblem Heartless and is one of the bosses in Halloween Town.

The Leechgrave is a large creature with a coffin, wrapped in chains for its main body. It has a giant red plant above the coffin, and the plant uses four green vines for support. Each of the vines also have thorns as well.

After Roxas finishes his mission to exterminate a Carrier Ghost at Halloween Town, he heads back to The Castle That Never Was. However, as he approaches the portal home, he gets startled when a Tentaclaw suddenly bursts from the ground. After Roxas manages to defeat the Tentaclaw he goes home. About a month later the Organization learns that all the Emblem Heartless have mysteriously disappeared from Halloween Town.

Roxas is sent to investigate, and he discovers that Tentaclaws have overrun the town. Roxas manages to track them to their source, and finds out that it's the creature known as the Leechgrave, which has been eating the other Heartless. After a battle, Roxas defeats the Leechgrave and retrieves its heart, but unbeknowest to him, he had been watched by Jack Skellington while he was brainstorming new scares. The combination of Roxas's Cloak and the Leechgrave's tentacles gives him the idea for the Scarecrow, which he creates later on. He presents it to Dr. Finkelstein just as Roxas passes by on his way home. 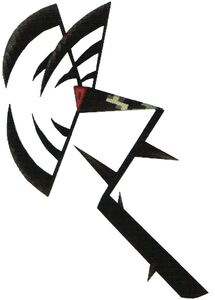