Monster
Leiurus Acutia is a Scorpion Lord with his method of killing is using his stinger/ponytail to inflict a liquid metallic poison on the victim on the neck, with a delayed effect that overtime kills the person, in the fashion of fatal freeze burn, within 24 hours. Armed with an ax named the Infernal Ax and Darklord's Shield, which is hard. When Acutia goes where Mana, Agito covers her escape while assuming his Flame form. However, Acutia succeeds in poisoning Shouichi when his Rider Kick had no effect of the Darklord's Shield, with G3 arriving to save him and Mana. When Acutia attempts to finish the job the next day, Agito breaks through Acutia's defense with his Rider Break, killing him and neutralizing the poison in himself. 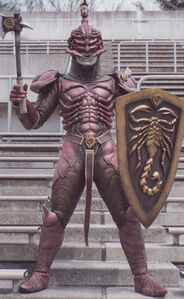 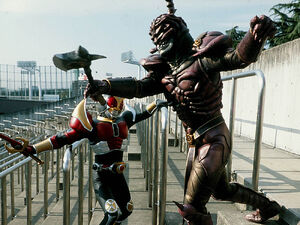 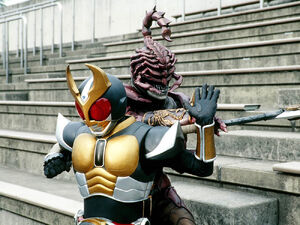 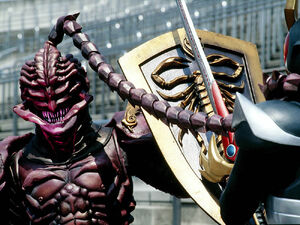 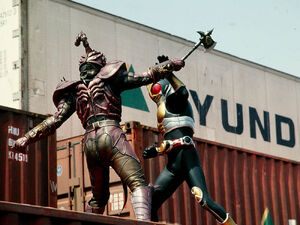