Lenny is one of the titular major antagonists (along with George and Daffy) in Gremlins 2: The New Batch. He is the second eldest of The New Batch and is the best friend of George who can somehow stand his goofy personality. Lenny is one of the strongest but also the dimmest yet happiest of the gremlins and in many senses is the exact opposite of his partner in crime George.

As a mogwai, Lenny had mostly auburn fur with dark brown patches across it as well as white markings darted around him, his teeth unlike most gremlins were bucked and he had fairly droopy and constantly sleepy eyes.

As a gremlin, Lenny had brown skin with black spots darted around it in an almost snake like pattern. He was much taller than most gremlins and wore a tie in many of his later scenes.

He is generally the least aggressive or dangerous gremlin besides the Brain Gremlin who was not directly bloodthirsty and dangerous towards humans but evil as Lenny. He is also the only one to not have razor sharp fangs. Instead, he has human like teeth with big buckteeth that stick out in front. (However, he does everything that George and Mohawk command him to do). He is George's partner in crime as he is always following him, George often using him for heavy lifting. Lenny often accidentally hit him with everything he carried, greatly annoying George. He is first seen in his gremlin form, wearing a chef's hat and apron, when he along with George and Daffy crashes the Microwave With Marge show being filmed in the Clamp Center building and it ends with him and his two companion gremlins getting wet and spawning new gremlins. Later he is seen along with George in the control room, watching the monster movie 'The Beast From 20,000 Fathoms' and after that, he plays around with the ventilation system.

Later he is seen together with George, Daffy and the Brain Gremlin and the other Gremlins as they perform the song "New York, New York" with Brain as the lead singer. He is killed along with the remaining gremlins when the Electric Gremlin is unleashed at them after they are sprayed with water from a hose. 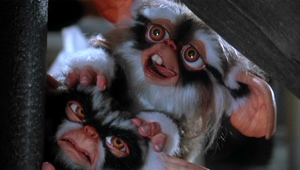 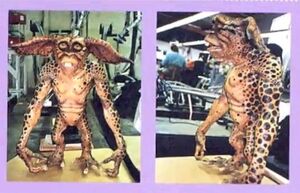 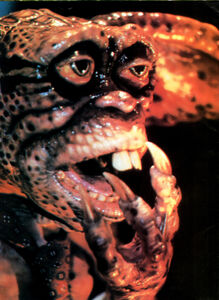 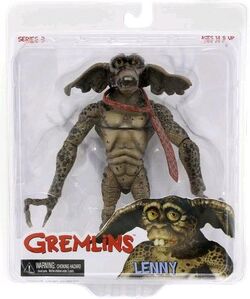 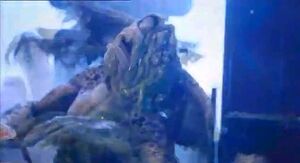