Forcing Bridget To Do Stuff

Evil Hamster
Lenny is a villain from the Cartoon Network original series, Total Dramarama. He is the evil class hamster who pretends to be nice and then tortures his caretakers for human food. He appeared in the episode "Stop, Hamster Time!".

Lenny is the class hamster of Total Drama Daycare and kids take, turns taking care of him. Lenny used to be a nice hamster before Bridgette accidentally turned him evil. The number one rule for taking care of Lenny was to not feed him human food. The only thing Lenny was allowed to eat was his hamster kibble, which he hated. Bridgette broke this rule, by feeding him a cupcake and that turned him evil. Lenny became addicted to human food and kept trying to get more from Bridgette. Whenever Bridgette refused to feed him anything but kibble, Lenny would attack her and force her to give him human food. It got to the point, where Lenny started working Bridgette like a slave, keeping her up all night, cooking meals for him, while he whipped her. This never stopped and Bridgette couldn't handle the torment anymore.

In "Stop, Hamster, Time!", Bridgette resigned from being Lenny's caretaker because she couldn't handle the torture anymore. Owen volunteered to be the new caretaker and got the job. Bridgette tried to warn him about the evil that came from Lenny, but then Lenny made a threatening gesture at her, to make sure that she would keep quiet so Bridgette hesitated to say anything. Owen was given one rule for taking care of the hamster and that was to never feed him human food.

Owen was having lunch with Lenny and Lenny got jealous of Owen for eating a sandwich, when all he could eat was kibble. Lenny broke out of his cage and started chewing some ropes on the ceiling, to make things drop down on Owen. Owen dodged all of these things to save himself, but even though he kept himself from getting hurt, Chef came in and saw all the destruction and thought that Owen did it, getting him in trouble.

Lenny later framed Owen for ordering a pizza on Chef's phone, getting him in trouble for that too.

Lenny got hungry again and got into his hamster ball and chased after Owen and Bridgette to attack them. In the process, he knocked over a bunch of kids and destroyed some things. He also got into a tow truck and stole the refrigerator. Cody tried to stop him by closing the door on him but Lenny just smashed right through it. Lenny got into an airplane and started firing kibble bits at Owen and Bridgette. Later, Lenny got into a boxing glove and started beating up Owen and Bridgette. Chef came in to see what was happening and assumed that Owen taught Lennyhow to box, which went against the number two rule of taking care of Lenny. This meant that Owen was no longer allowed to take care of Lenny and he had to be given to someone else.

Beth volunteered to be the new caretaker for Lenny, which very quickly got her shackled up in a medieval prison cell, where she was whipped and tortured mercilessly by Lenny.

Its completly unknown what happened to Lenny afterwards. 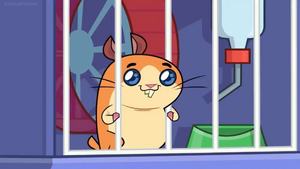 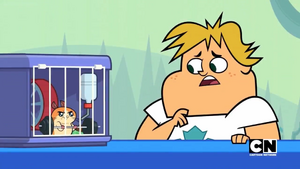 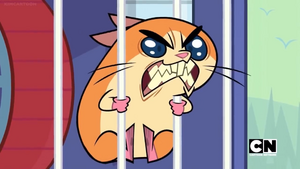 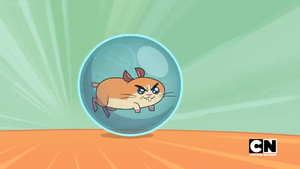 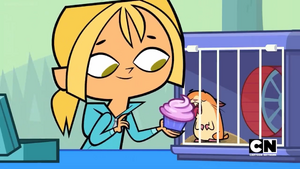 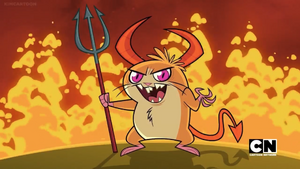 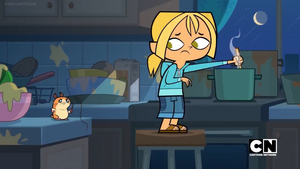 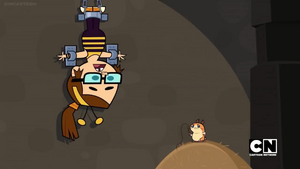