Assassin for the government

Escape from the Dixmor Asylum along with Danny.

Leonardo "Leo" Kasper is the main antagonist and final boss of the 2007 Rockstar video game Manhunt 2. He acts as a false friend of Daniel Lamb throughout the game and attempts to take over his mind.

He was voiced by Holter Graham.

Leo was a former assassin that worked for the government. He was trained by the Project in skills such as assassination, combat, infiltration, and evasion although it is implied that he is also a masochistic psychopath diagnosed with "Acute Antisocial Personality Disorder" before being subjected by Pickman's heinous experiments. Leo eventually died and had his conscience put into Danny's body. Leo first appeared guiding Danny in escaping from an asylum, and guided him into becoming a killer.

Even though he helps Danny, the former almost always did all the work as he kills several people in a brutal and excruciating death along the way via Daniel. Later, in the level Origins, Leo interrogates Dr. Pickman, their captive, into removing the Pickman Bridge. The latter tells the former that doing that is a bad idea since it will kill him. Failed to do so, Leo and Daniel then decides to go to the TV Station called TV-MK to search for more information about the people getting involved with The Project while Leo massacred several people in the TV Station with his katana with one of them being strangled and hanged in microphone. After finding out about one of Dr. Pickman's cohorts, Dr. Whyte, the two then departs from the TV station before being captured again by the assassins.

When Danny is captured, Dr. Whyte reveals more of Leo. It turns out that Danny worked as a scientist in implanting a second personality into an individual. This personality would be a killer with no conscience or memory. It is Leo, and Whyte says that they're two minds in one body unaware of each other. Unfortunately, the Bridge malfunctioned, explaining how Danny and Leo talked all the time while the latter also performing a horrific massacre 6 years ago in Cottonmouth.

Even so, Danny refuses to get rid of Leo because he saved his life. Whyte shows him his profile to see that his house is burned down under Pickman's orders. Luckily, his kids are fine, but when Danny asks about his wife, Whyte hesitates at that. Instead, she shows him a video tape to help him understand why he must let go of Leo. It is revealed that he killed Mrs. Lamb when he took control of Danny, causing Danny himself to go in a trance to release Leo.

In the final mission Personality Clash, Danny kills Leo in the cemetery setting in his mind. This not only leads to having a free mind, but also in losing his memories.

In the bonus mission Release Therapy, Leo has won in the battle with Danny in the library setting in his mind. He kills him, leading him to take over Danny's body. When he woke up, he ordered Dr. Whyte to get a scientist team to remove the Pickman Bridge. Danny washes his face, and in the reflection shows Leo, a sign that he dominates his body and mind.

Kasper appears as a man in his thirties with a refined build and a short brown hair which fits his role as an assassin for the Project back in the day. During the flashback missions, Leo wears a brown shirt and a light grey pants and in the present day, he wears a green asylum clothes with white sneakers while also bringing a bag with him. Most of the time, he spends his time as a seemingly imaginary friend towards Daniel. However, it was revealed that Leo is a real person that was also the victim of The Project. Some of the files of The Project shown that Leo used to have a beard back in the day.

Leo Kasper retained his original personality when implanted into Daniel: a personification of trickery, madness, violence and anger. Dangerous and remorseless, Leo incites Daniel to gruesomely execute anyone who gets in his path - including innocent people. Despite his adventurous, thrill-seeking demeanor, Leo is surprisingly quite cautious, and not willing to take any disproportionate risk - as he warned Daniel to not assault the Perv's club.

Leo is also incredibly treacherous, as he didn't tell Daniel the truth about his wife's death, and wanted to destroy Daniel's gentle personality in order to take over his body forever. 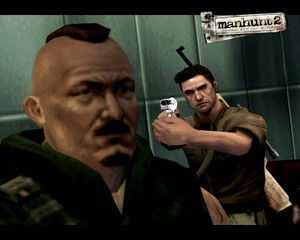 Leo about to kill a hunter. 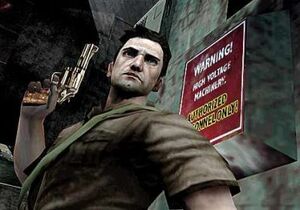 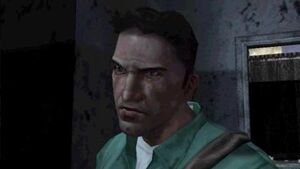 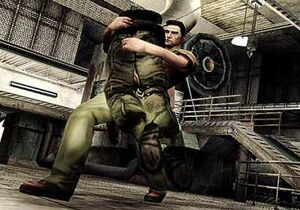 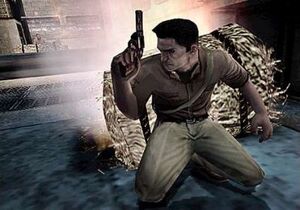 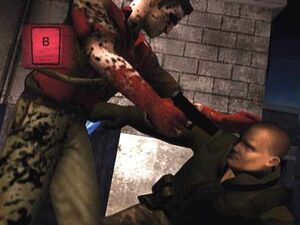 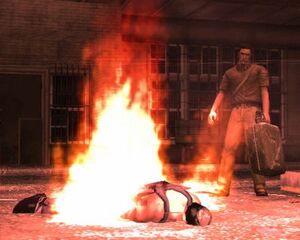 Leo setting a hunter on fire. 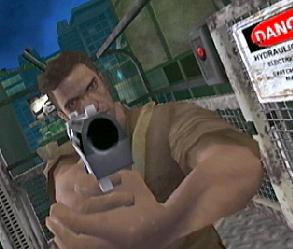 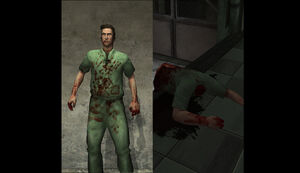 A beta version of Leo cut in half by an elevator and decapitated by a Dixmor Inmate. 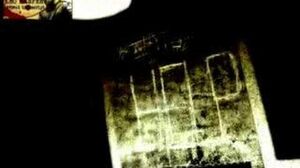 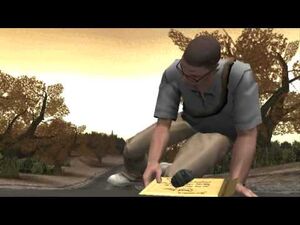