Contestant of Terror Is Reality show

Become or remain as number 1 in TIR (both failed).

Leon Bell is one of the bosses or psychopaths featured in the 2010 video game Dead Rising 2. He is also an optional boss in the main mode 72 Hours, who you can meet for the first time on the 1st day at 2:30 p.m. on the Platinum Strip before the entrance to the Fortune City Arena in the side quest called Meet The Contestants. He is a motocross rider who used to be a huge fan of Chuck Greene when he was on top, but after he left the industry, Leon stopped being a fan of him, telling him that leaving the competition made him a wimp. Leon is also a survivor of the zombie outbreak in Las Vegas. However, the zombie outbreak in Fortune City made Leon say that the apocalypse was simply lifting the game to the next level. He also makes a cameo appearance in the comic book miniseries Dead Rising: Road to Fortune.

He was voiced by Ben Cotton.

Just before the start of the game "Terror Is Reality", Leon is one of the four players in the game. Just before the round starts, Leon taunts Chuck by laughing in his face at his and his late wife's turned into a zombie in the Las Vegas zombie outbreak.

The next meeting with Leon takes place on September 25 at 2.30 pm. Stacey calls Chuck telling him she saw a man riding a motorbike on the Platinum Strip before the entrance to the Fortune City Arena, telling him he should check it out. Chuck Greene goes to the Platinum Strip where, after a short while, Leon is approaching him on a motorbike with two chainsaws. Leon begins his monologue to Chuck by telling him that he was once a huge fan of him, but that after he left the industry, he turned into an ordinary wimp. Leon also rejects Chuck's proposal to go to the Shelter. Their conversation is cut short when a survivor named Carlos Mertiz starts calling them. Leon tells Chuck that he will run him over for him to show him how to do it, then pulls towards Carlos with all speed, cutting him in half and killing him on the spot. Leon laughs maniacally at what Chuck says and replies that he wasn't a zombie. However, Leon replies that the zombie outbreak is just a new level of the competition - people give twice the points because they are more mobile than zombies. Chuck realizes Leon is insane. Leon throws Chuck the bike keys on the podium in front of the Arena, telling him that he will be waiting for him in the park to face him who is the best TIR rider.

After the fight, Leon drives to his trailer in front of the Yucatan Casino and gasoline starts spilling from his motorbike. Leon opens the trailer, but when he sees Chuck, he starts mocking him again. Leon, wanting to show that he is the best, starts making circles on the motorcycle around the spilled gasoline. One of his saws hits the ground causing a spark which makes the bike and Leon on fire. Leon gets off the vehicle and, burning, starts telling Chuck not to forget that he is number one and dies in the flames. Chuck only replies "Yeah. You're on fire," a pun considering that Bell was dead and burning when he says this. After defeating Leon, Chuck has access to his trailer where he can upgrade and modify the bike found in front of the Arena.

Leon is seen racing alongside Chuck in the Las Vegas 250 and survives the outbreak. 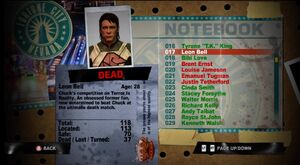 Leon in the notebook entry. 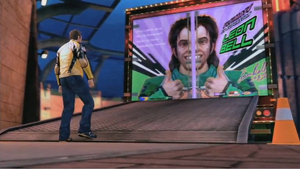 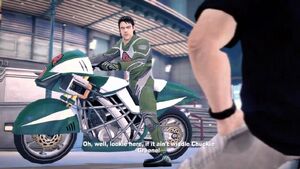 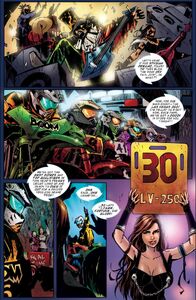 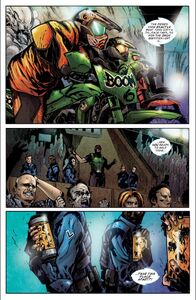 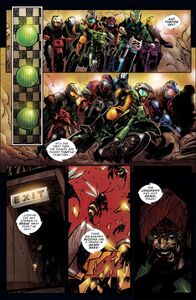 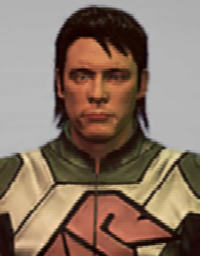 Photo of Leon in Chuck's Notebook. 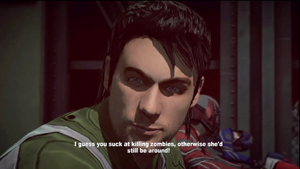 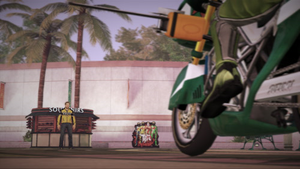 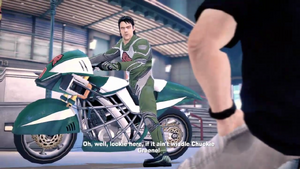 Leon Bell on his motorbike. 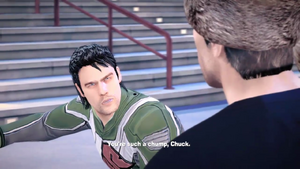 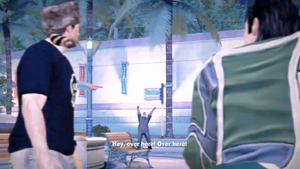 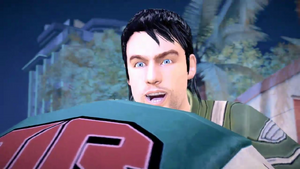 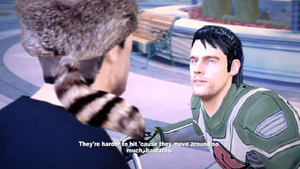 Leon telling Chuck, that humans are like walking targets. 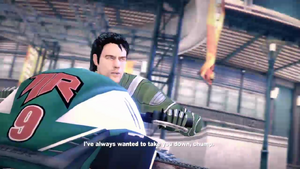 Leon telling Chuck, that he always wanted to beat him. 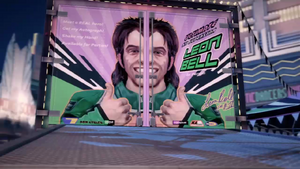 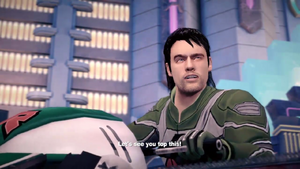 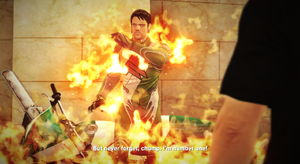 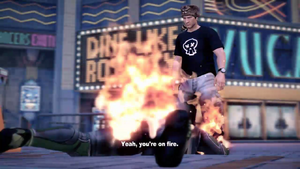 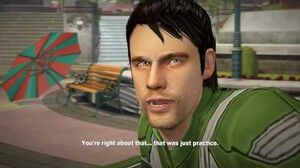 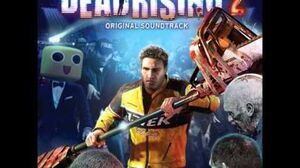