NOTE: This article is about the incarnation of Captain Cold from the Arrowverse. The mainstream version can be found here: Captain Cold.

Steal as much as he can
Beat the Flash (formerly)
Help the Legion of Doom retrieve the Spear of Destiny (succeeded in an alternate timeline)
Help Barry Allen retrieve an alien power souce for the Speed Force Bazooka, in order to defeat Savitar (succeeded in retrieving the alien power source, but the rest failed)
Kill Vandal Savage (indirectly succeeded)

Leonard Snart, also known as Captain Cold or simply Cold, is a major character in the Arroverse. He serves as the secondary antagonist of the first season and an anti-hero in the second and third seasons of the CW TV series The Flash, one of the main protagonists/anti-heroes in the first season of the spin-off series DC's Legends of Tomorrow, and a major antagonist in the second season. He is an infamous supervillain with a freeze-ray and seeks the thrills of robbing and killing, and works alongside Mick Rory in such crimes.

He is portrayed by Wentworth Miller, who is best known for his role as Michael Scofield on Prison Break. Miller also briefly provided the voice for Deathstroke in Young Justice and portrayed Chris Redfield in Resident Evil: Afterlife.

Leonard Snart is first and foremost a man who plays by his own code and is drawn to the lifestyle of a thief, as he longs for a sense of freedom and to be unbound by the laws of society. Ultimately, Leonard is more driven by the thrill of the chase rather than the actual catch and shows signs of being an adrenaline junkie because of this. Presumably because of his traumatic and abusive childhood, Snart carries out everyday with his self-taught philosophy that the only person who is going to look out for his own well-being was himself. Also, he detests being thought of as having morals or heroic in any sort and after his sacrifice to save his team Ray Palmer states he died a hero, which was "the last thing he wanted to be known as".

Despite this Leonard Snart is actually a good man, if not a grotesquely flawed one. Though his sense of morals is dubious to say the least it cannot be denied that Leonard is an honourable man, and a surprisingly altruistic one (should the situation call for it). For example he does his best to avoid casualties unless absolutely necessary while robbing and even warned Barry Allen of James Jesse and Mark Mardon's plans to kill him despite being enemies. The greatest display of Snart's character is when he sacrificed his own life so that Rip Hunter's team could escape.

When Leonard sets his mind on a goal he will go to incredible, immoral lengths to achieve it. He is extremely obsessive and single-minded in this regard, for example when recruited Mick Rory he focused solely on killing the Flash rather than stealing despite being granted numerous opportunities, once he passed off walking away with a dozen expensive cars solely so he could draw out the Flash and when he didn't he just drove away which greatly irritated his partner. While planning a heist, Snart is calculating, meticulously thorough, patient and flawless in detail. He is a man who makes very few mistakes and expects his men to follow this. He was also clever enough to deduce that the blur that attacked his heist was a man and used this information to choose the perfect weapon to counteract his speed - the cold gun.

Despite of his cruel, vindictive and sociopathic nature Leonard is very affectionate towards his sister, Lisa even if they do tease each other a lot. He will do anything to protect her, even working with his much-hated father, Lewis when he blackmailed his own son into working with him by implanting a bomb in Lisa's skull and later shooting Lewis without remorse when Lisa was safe.

Snart prides himself on being the man was doesn't play by the rules and is very against being controlled or manipulated. For example after being forced to work with his father, Lewis when the latter blackmails him, the second he lost his leverage on Leonard he killed him on the spot. He was also left extremely disillusioned when he discovered that the Time Masters have been controlling his and the rest of Rip Hunter's team from the very start, as if every action he followed was from some sort of script. To prove himself that he's not a puppet however he defies the Time Masters by sacrificing his own life when it was actually Ray Palmer's destiny to die saving the team and assures himself he follows his own path rather than the one that has already been decided from him which he reinforces with his final words being "there are no strings on me", a reference to Pinochio.

Snart joined the "Legends" crew of Rip Hunter's time-ship, the Waverider, to save the world from Vandal Savage. He eventually sacrificed himself to save his teammates whom he had grown close enough to call friends, dying in redemption.

Later, the time-travelling Legion of Doom plucked a version of Snart from the timeline before he joined the Legends while his values were still firmly that of a supervillain. However, he was later mind-wiped and returned to the point in time he was taken from so that he could be recruited for the Legends of Tomorrow to live his journey to his heroic redeeming sacrifice, what the then-redeemed Mick Rory called, "a better man." 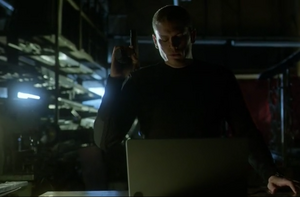 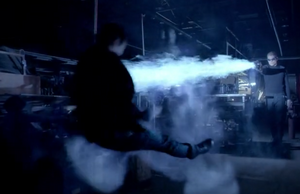 Snart kills the dealer with his new cryo-gun 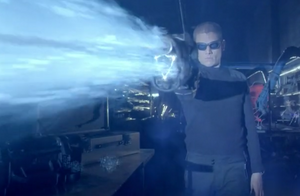 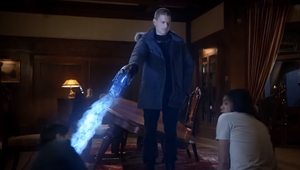 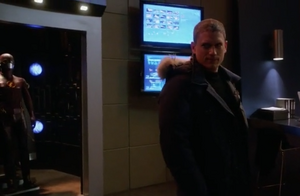 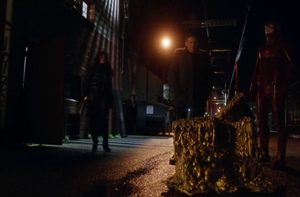 All evidence on Snart is destroyed 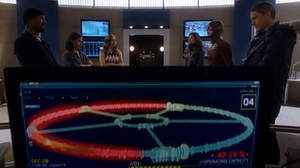 Snart with Barry and his team 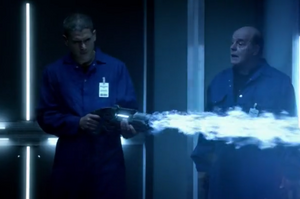 Snart freezes the alarm system during the heist 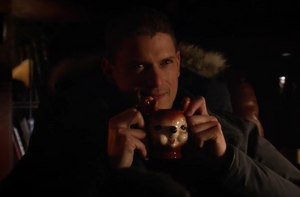 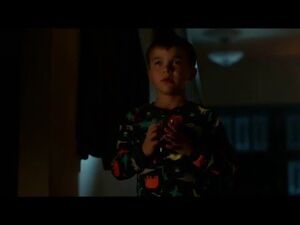 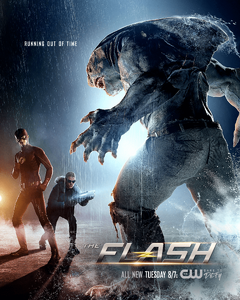 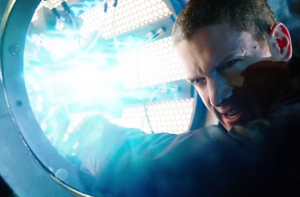 Snart moments before his death