Villains Wiki
Register
Don't have an account?
Sign In
Advertisement
in: Mature, Male, Call of Duty Villains,
and 23 more

Aiding Vladimir Makarov in his plans.

Frame the United States for the Zakhaev airport massacre (succeeded, at the cost of his own life).

He is a Inner Circle member who aids Vladimir Makarov in framing the United States for the Zakhaev airport massacre, but was killed during the event.

Lev was as a member of the Inner Circle and the Russian Ultranationalists, and joined Vladimir Makarov in framing the United States for the Zakhaev International Airport massacre. Makarov planned to have his men wield American weapons and speak American accents, and also use American military jargon. Before the massacre, Lev, Kiril, Viktor and "Alexei Borodin" attempted to kill Yuri in the parking garage for informing the United States of their plans.

Before leaving the elevator, Makarov reminds Lev, Kiril and Alexei to speak in general American accents, stating "No Russian". The group assault the airport, massacring countless civilians and FSB members. Lev was killed while fighting the FSB on the tarmac area, and his body was presumably collected by the FSB. Despite his death, Makarov succeeds in having the United States framed for the massacre, as "Borodin" was actually CIA agent Joseph Allen, and Vladimir executed him before they escaped. The massacre would cause the Russian government to declare war against the United States, which ignited World War III. 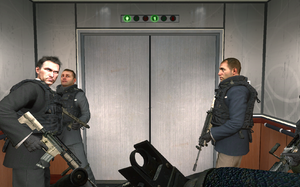 Lev with Makarov, Kiril and "Alexei Borodin" in the beginning of "No Russian". 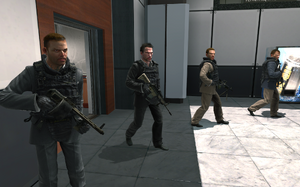 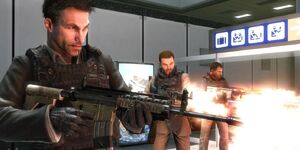