Rule the entire world and wipe out humanity entirely (failed).

Leviathan is the main antagonist in the Digimon anime series Digimon Universe: Appli Monsters. He is an evil artificial intelligence who was formerly a fragment of another AI called Minerva until he went rouge and created a virus called the L-Virus, which can infect any Appmon, and turn all humans into Appmon chips.

He was voiced by Show Hayami.

Leviathan is usually a form of the symbol, which is the letter L with a serpent body. It is revealed later on, that it's true form is

Manga Version: A woman with a slim body, sharp toeless feet, which looks like she's wearing shoes, large breasts, long finger nails on her hands, and the Leviathan symbol on the left side of her face. She also has long hair, from which prorude two demonic wings, four horns, and two serpentine heads.

When Yujin revealed to the Applidrivers that he was actually an android created by Leviathan working for him, he summoned Deusumon to help him complete Leviathan by absorbing human victims. When Leviathan was complete, he hatched from his prison and revealed himself.

Leviathan then begin to suck the data of humans into him like a vacuum cleaner (except the AppliDrivers). Uranusmon, Poseidomon, and Hadesmon continued to fight Deusmon and defeated him. Thinking that Deusumon is useless, Leviathan sucked him in like a vacuum and crushed him with his jaws. Uranusmon, Poseidomon, and Hadesmon attacked Leviathan, but were eaten by him, much to the shock of the Applidrivers. Meanwhile, Gaiamon and Rebootmon were fighting, and grabbed hold of each other, accepting to be eaten by Leviathan.

The heroic Appmon were able to escape Leviathan with the help of Minerva (who still existed), and once again became their God forms in the final battle against Leviathan. All five God Appmon finally manage to destroy Leviathan, freeing the humans and restoring peace. However, Leviathan’s data still exists, and offers Yujin to reboot him, but Yujin refuses and sacrifices his life to delete Leviathan for good. 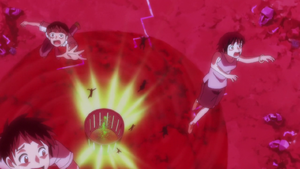 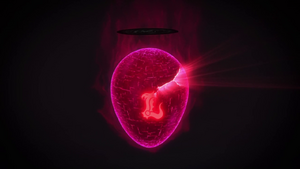 Leviathan about to be unleashed. 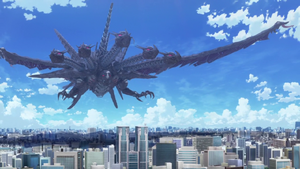 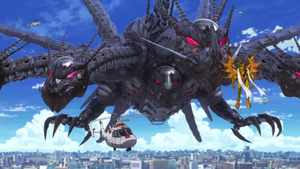 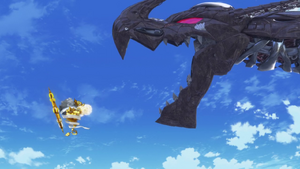 Leviathan about to consume Uranusmon. 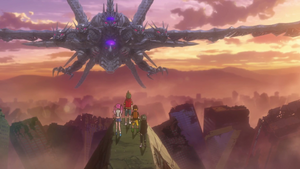 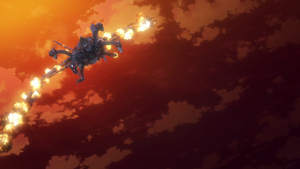 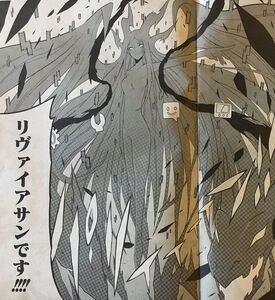 The true form of Leviathan. (Manga only)