Daughter (by the King)

Lexi is the daughter of The Nekross King, the younger sister of Varg, the sister-in-law of Lady Lyzera, the Princess of Nekron, a member of the Nekross and co-secondary antagonist later supporting protagonist of the CBBC science-fantasy series Wizards vs. Aliens.

Lexi has yellow-brown skin with two antenna with and eye and mouth on them. She wears blue armour with curved shoulder pads.As Lucy, she has blonde hair and blue eyes.

She is portrayed by Gwendoline Christie, who also played Captain Phasma in the Star Wars sequel trilogy.

Lexi along with her father, brother and fellow Nekross, travelled the universe in the Nekross spaceship the Zarantalus to search for magic, the food source of the Nekross. The magic would then be sent back to the other Nekross on their home planet Nekron.

Eventually, the Nekross reached the last planet with magic: Earth. However, a 16-year-old wizard named Tom Clarke vowed to protect Earth's magic from the Nekross. Where Varg sees military strength as the most effective way to capture wizards, Lexi has learned that strategy and cunning are just as important. Understanding your enemy and their weaknesses before attacking them can lead to a swifter victory.

In the episode Friend or Foe Lexi took on a human form "Lucy" (which she also used in The Thirteenth Floor and All Out War) to try and get at Tom but both were kidnapped by a Unenchanted (non-magical) woman named Stephanie Gaunt who wanted to use Tom's magic and Lexi's alien technology to steal the Crown Jewels but the two enemies worked together and defeated Gaunt.

Later in The Thirteenth Floor she got trapped in the Neverside with Tom whilst looking for Varg, but she was stuck in human form and over the time she and Tom were there, they feel in love and had a son named Benny Jr. (as due to the time difference between the Neverside and the Dayside, Lexi spent 20 years in the Neverside, which was only a few hours in the Dayside). However, after Lexi and Tom return to the Dayside with Varg, Benny Jr. where they reverted back to their original ages and their time in the Neverside began to fade. Despite this, Lexi still had dreams about her son which made her start to question her loyalty.

In the series 2 All Out War she and Varg are pitted against each other by Chancellor Kooth (Nekron's temporary ruler) to see who will capture Tom and that the loser would be eaten alive by the King. After Varg is successful in capturing Tom and placing him in The Extractor, Lexi pleads with the King to spare Tom. When Varg demands to know why, Lexi reveals that Tom is her friend and is disowned by her disgusted father.

After Tom is extracted, the Chancellor (having betrayed the King in hopes of ruling Nekron herself), along with her son Jathro, launches an attack on the Zarantulus, so Lexi in order to stop the attack takes Tom to a window on the ship so the Sun can give him back Magic but on the way there, she gets a Zanti Scale Contamination. Lexi slowly begins to die and bids farewell to Varg and the King. Luckily Tom, drinks raw magic and saves Lexi by turing her into a human. Tom then puts Lexi on Earth where she stays Benny Jr. who was brought back so she would by happy on Earth.

Though Tom saved Lexi's life by turning her into a human, Varg saw it as an insult to the Nekross and when becoming King Regent, planned to find his sister by searching Earth for her and get revenge on Tom. 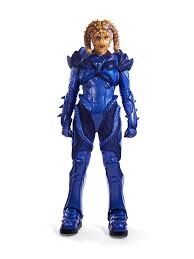 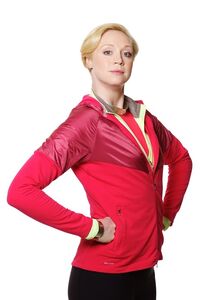 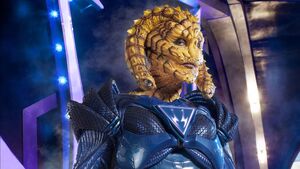 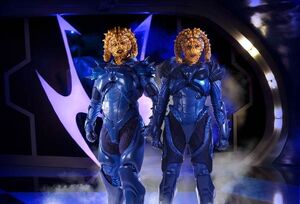 Lexi and her brother Varg 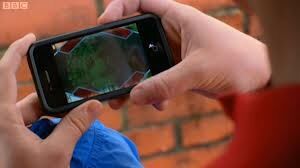 Lexi communicating to Tom on his mobile phone. 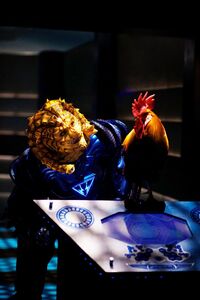 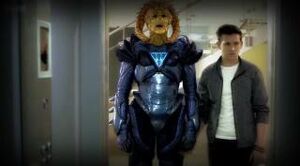 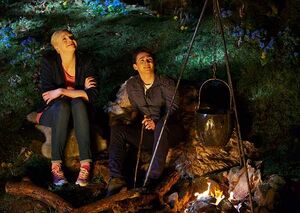 Lexi (in her human form) with Tom Clarke in the Neverside. 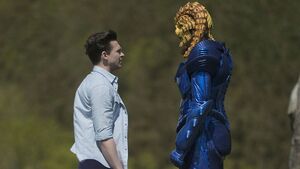 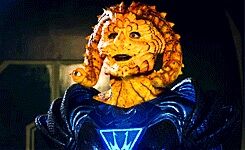 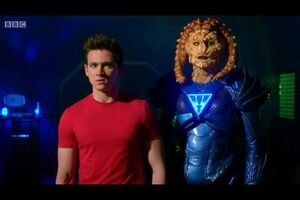 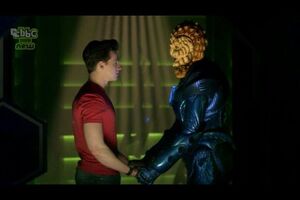 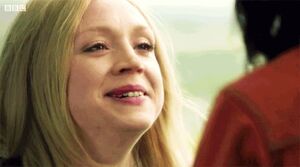 Lexi after been made human by Tom. 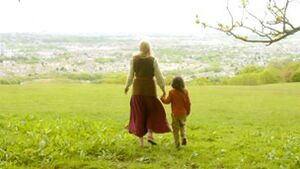 Human Lexi with Benny Jr.
Add a photo to this gallery
Retrieved from "https://villains.fandom.com/wiki/Lexi_(Wizards_vs._Aliens)?oldid=3692834"
Community content is available under CC-BY-SA unless otherwise noted.