Leader of The FamilyMember of the the Chosen

Obtain the book from Lee.

In the finale of Act 1, Lexx was a girlfriend of "Zack" (who's real name turned out to be Matthew.) They explain to Lee and Mo during their visit that the book they had found was made out of human skin, right before drugging their tea. Lexx and Mathew are later seen with the rest of "The Family", as Sean negotiates with Lee to give them the book in exchange for Mo's life. Mo ends up escaping as Lee is captured.

In Act 2, Lexx is seen arguing with Sean about letting Matthew join The Family. Sean later executes Matthew, causing Lexx to go into a fit of rage and gets herself captured. She is later found by Mo, who convinces her into a deal where he will let her go in exchange for her assistance in finding Lee. After she Lee is freed by Mo, they are cornered by Sean and two other Family members. Lexx pushes Sean out of the way, and Sean prepares to execute Lexx. Mo sneaks up behind Sean and knocks him out, as he is proceeding to kidnap him, Lexx is dragged away by the guards, screaming for The Carrier (Lee) to bring the book back.

Lexx returns and breaks into Lee's home only to encounter a tied up Sean in the basement. Lexx reveals herself to be the new leader for The Family, and even brags about being much more suited for the job, as she gives the cult members 'insurance', and treats them 'with manners'. She also reveals herself to be The Rake's new Chosen. She orders her servants to trash the place and proceeds to taunt Mo. Lexx then leaves Sean in the basement with The Rake, who presumably kills him.

Lexx is an an amoral sociopath with very little resembling a conscience or empathy, who viewed other people like a chew toy for her to tear apart, rather than actual people like her. She views killing people as natural and normal and almost like a game to her. 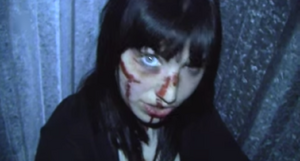 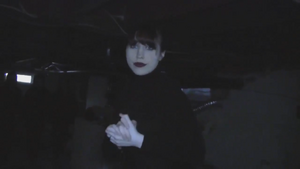 Add a photo to this gallery
Retrieved from "https://villains.fandom.com/wiki/Lexx?oldid=4321420"
Community content is available under CC-BY-SA unless otherwise noted.