Liam John Neeson (born: June 7, 1952) is a recurring character and one of the antagonists of Season 13 of the TV series Family Guy.

He is voiced by himself, who also played Ra's al Ghul in Batman Begins, Harry Rawlings in Widows, Bad Cop in The Lego Movie, Norvirus Raccoon in The Nut Job, Phango in Khumba, Clinch Leatherwood in A Million Ways to Die in the West, and High-T in Men in Black: International.

Liam Neeson is an actor who appears in the Season 13 episode "Fighting Irish". He somewhat heard that Peter Griffin boasts that he could beat him in a fight. Liam decided to bail Peter out of Jail and threatened him to beat him up if he becomes Liam's Servant. Liam had forced Peter to do such embarrassing things, until Peter's friends confronted him, asking if he did beat Neeson or not. Peter lied and said that he did, only for Liam to send him a text to do him another "hand urination favor", Peter finally rebels and both men went into a mass brawl. Despite Peter's share of fights, Liam Neeson had way more superior skills in Combat and won against Peter, who was still alive after the brutal beating. 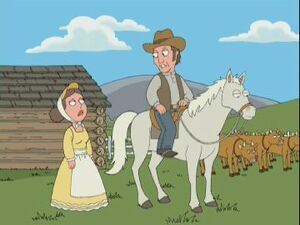 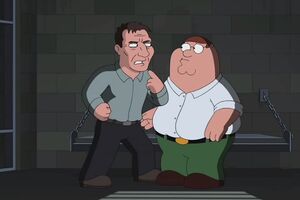 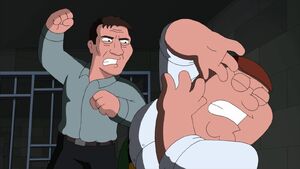 Liam is ready to beat Peter. 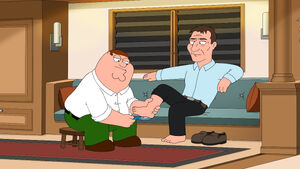 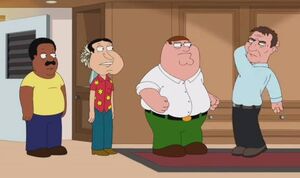 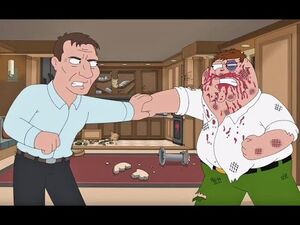 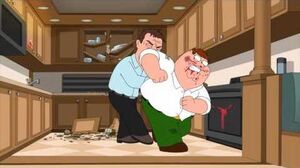