Host of Quiz Chance Get (formerly)

Giving others two choices, A or B.

Libra is a character in the Mega Man Star Force series. Libra is one of the FM-ians that attacked the space station and for the disappearance Kelvin Stelar, the father of the protagonist Geo Stelar.

He is a major antagonist in the first Mega Man Star Force game and its anime adaptation.

He was voiced by Richard Epcar in the English version and Hiroshi Shirokuma in the Japanese version of the anime.

When Mitch Shepar, a teacher who works at Echo Ridge elementary school, got confused and trying to get his career back, Libra meets and convinces him that he must abandon his ideals in order to succeed. Mitch uses the Study Wave and forces the students to study nonstop. Later, Geo encounters Libra Scales and fought, but was defeated by Geo.

During near the final battle, Libra was revived by Cepheus send by him to stop Mega Man from approaching Andromeda, but once again lost.

In the anime, he fights Omega-Xis and escapes from him after getting damaged. He takes refuge in Shepar's body while recovering from his fight with Omega-Xis. After Libra tries to recreate the designs of the bottle rockets, he gives up, Wave Change into Libra Scales and attacks the labs. Mega Man appears and stops Libra, injuring him and forces to retreat again.

Later in the season, Libra hosts a popular show called, "Quiz Chance Get", which somehow fit in well with his tendency to make "A or B" decisions. When the other FMs attack the studio, Libra ends up saving it for the sake of his livelihood. However, he was later fired from his job, due to the show's popularity went down. This caused Libra to split into "Fire half and "Aqua half", both of them argue repeatedly, and switching back and forth within Libra's body. After that, the Aqua half went on to write a book, which became very popular and best-selling book, the Fire half decides to attack Earth. The Fire half accidentally gets himself trapped after setting off a fire. The Aqua half arrives in time, work together with the Fire half and put out the fire.

Libra in his EM Wave Change along with the other FM-ians attacked Earth in a despair to attempt to fill the Andromeda Key with negative energy. However, he and ther others retreat when Cepheus sends them a message telling them to return; but decided to stay for three more days before returning to their home.

While Libra was packing his things up to go back to his Planet FM, he is killed by Gemini Spark.

He appears in the last episode of Shooting Star Rockman Tribe revived along with all the FM-ians and their compatible humans.

In the first Mega Man Star Force game, Libra Scales has the following attacks and abilities: 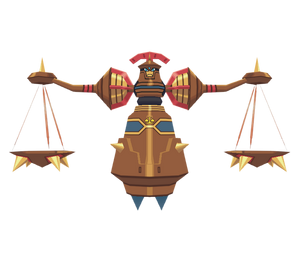 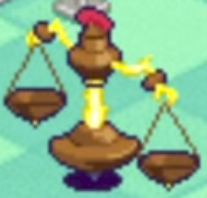 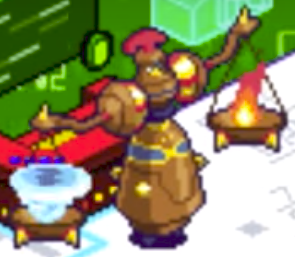 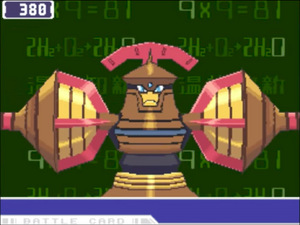 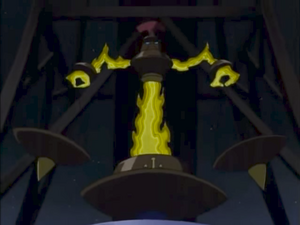 Libra in the anime. 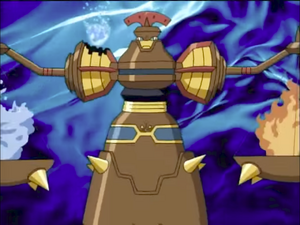 Libra Scales in the anime. 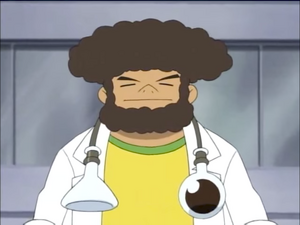 Libra disguise as Mitch in the anime. 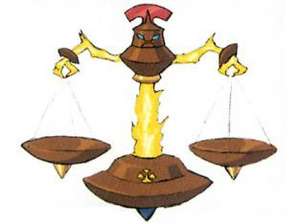 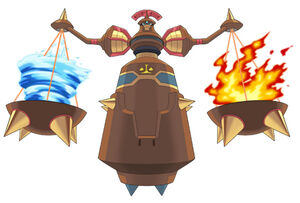 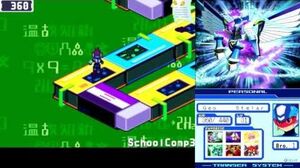 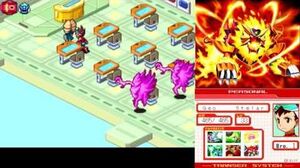 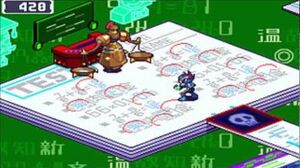 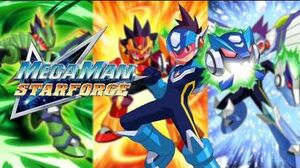 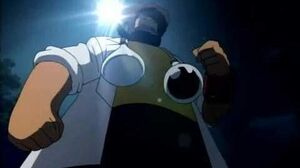 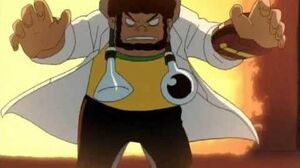