Exterminate all life and rule all of Azeroth (failed).

The Lich King is a powerful entity of evil in the Warcraft universe who is the leader of the undead army known as the Scourge. He is not so much a character as an evil force created by the demon lord Kil'jaeden, originally as a tool to control the Scourge, which Kil'Jaeden originally created to further the ends of the Burning Legion but that later grew completely out of control and became an equal or greater threat than the Legion in their own right. He serves as the titular main antagonist of World of Warcraft: Wrath of the Lich King.

The original host used to create the Lich King was an Orc Shaman named Ner'zhul, but the individual best known for filling the role was Arthas Menethil, who became corrupted by the Scourge and coerced by the Lich King's spirit to come to the Frozen Throne and put on the Helm of Domination, turning him into the new Lich King. The form and personality of Arthas would become dominant over that of Ner'zhul.

After a considerable period of fighting, the Lich King finally unleashed the full power of Frostmourne, killing everyone. Luckily, Tirion Fordring jumps in at the last minute and saves the day by breaking Frostmourne with his holy sword of the Ashbringer. This frees all of the souls of the Lich King's victims that were trapped inside, including Arthas' father Terenas Menethil, who used the power of their spirits to revive the group and overwhelm the Lich King, allowing them to finish him off. The Helm of Domination fell from Arthas' head, allowing him to finally die. However, there was now the matter of finding a new host to sate the spirit of the Lich King and prevent the Scourge from destroying the world; this burden was taken up by Bolvar Fordragon, now an undead being who had been imprisoned by the Lich King, who donned the helmet and encased himself in ice upon the Frozen Throne, pacifying the Scourge. 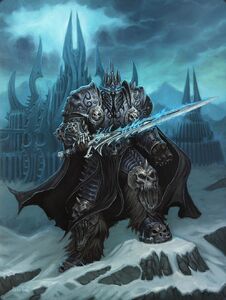 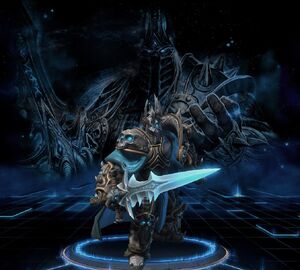 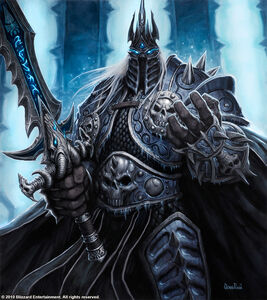 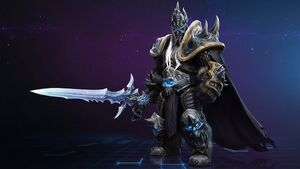 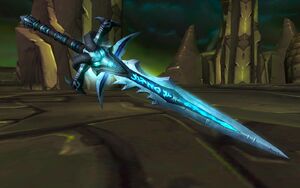 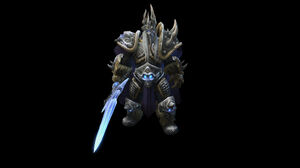 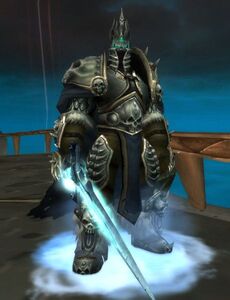 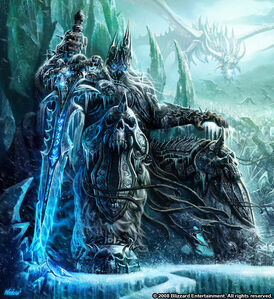 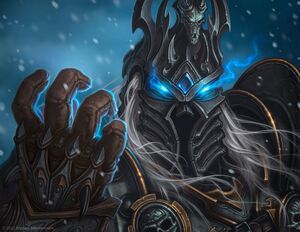 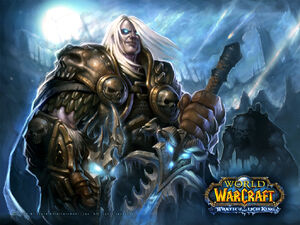 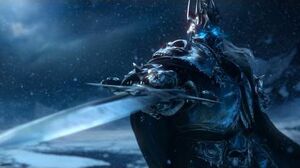 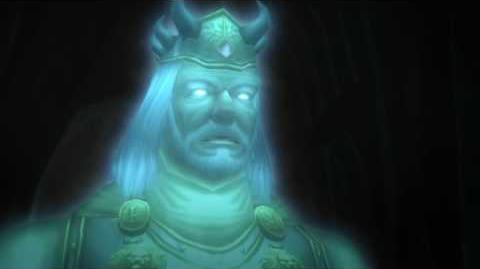 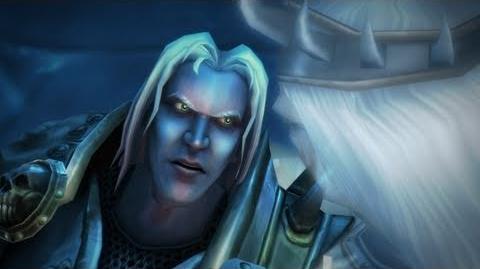 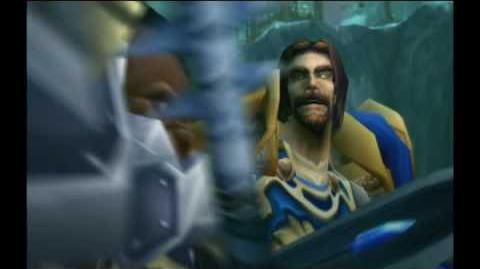 Battle at the Wrathgate
Add a photo to this gallery

Retrieved from "https://villains.fandom.com/wiki/Lich_King?oldid=4175051"
Community content is available under CC-BY-SA unless otherwise noted.