Hunting and attacking their prey.

Defeat and kill their prey.

The Lickers are mutant humans resulting from the "V-ACT" process, in which the Tyrant virus reactivates following its viral latency, causing a set of secondary mutation amongst any mortally injured infected human host. They serve as a universal antagonist in the Resident Evil franchise.

The Lickers appear as a skinless humanoid mutants with long razor-sharp claws and teeth. Perhaps their well known characteristic are their exposed muscles and brain and the lack of eyes. Due to their mutation, their skeletal structure has been altered, forcing them to walk on all fours.

An agile hunter, the Licker's most famous ability is its eponymous tongue. This tongue can strength up to several feet long in a fashion similar to frogs or lizards, and can slice through flesh. Aside from their tongue, the Licker has an enhanced strength, agility, and reflexes, even more than that of the zombies. Their powerful claws can cling through ceilings and leave scratches on the walls as well as decapitate their prey.

Their main weakness however is their lack of eyesight, although its enhanced hearing is able to make up for it, thus forcing them to rely on echolocation in order to track down their prey. This means also that even the slightest sounds can attract them, ranging from a simple footstep to a loud gunfire.

The earliest known appearance of this creature is so far during the late-1998 in an underground laboratory beneath Raccoon City, originating from zombies that have mutated with an unknown strain of the T-Virus, a modified ε (Epsilon) strain.

After the G-Birkin's rampage against his aggressors at the night of September 23, the vials containing the modified ε strains have leaked into the city's water supply, thus causing tens of thousands to become infected.

The earliest appearance of the Lickers in Raccoon city itself was during September 24, at the Apple Inn hotel. The hotel however was caught on fire due to its boiler exploding, causing the zombies burned to later mutate as Lickers. One of these is an infected indiviual, an unnamed woman who have undergone a mutation similar to Lickers, having elongated tongue and the ability to hang on ceilings, although she retains much of her human form. This grotesque mutation has earned her the name "Suspended" or sometimes known as the "Regis Licker".

More colonies of the lickers were found at the night of September 27 at the Raccoon Police Station, in which 2 people were killed by the creature. The police officers of the precinct tentatively called them as the "Licker" in which it got its name.

During November 1998, the T-Virus has spread into Sheena Island (under the responsibility of Vincent Goldman, a commanding officer of Umbrella), causing its population to become infected as Goldman continues to hunt down a detective named Ark Thompson, who has infiltrated the island for his intel. Many Bio-Organic Weapons were released, including Lickers.

The TRICELL Inc. has created their own modified version of the lickers with the leftover data acquired from Umbrella Corporation, following the black market's high demand for the creatures. As a result of the injection with the Progenitor virus, these creatures have the ability to reproduce at an alarming rate however, it did not solve the flaws which a regular licker have, their lack of eyesight. Nonetheless, they are highly sensitive to sound like their brethren.

The new version of Lickers were later become the Licker β.

Lickers have also appeared in the Anderson Resident Evil films. However unlike the video games' iteration, the Lickers on the films are experimental bio-weapons created by injecting the T-Virus into a live human tissue rather than being created through a natural mutation.

In the animated film Resident Evil: Damnation, which is canon to the video game series, rebel forces in the Eastern Slav Republic managed to acquire an army of Lickers to use in their campaign against the government. Rebel forces leader Alexander Kozachenko used a modified Las Plagas parasite in order to directly control the creatures, and ended up commanding them in a battle against a Tyrant.

A Licker has also appeared in the 2021 film Resident Evil: Welcome to Raccoon City. 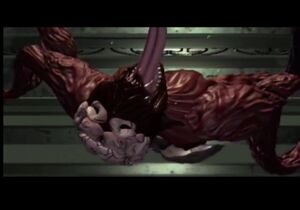 The first Licker to appear in the series. 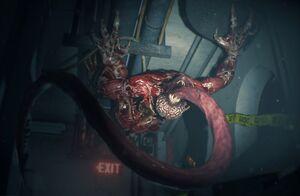 The same Licker as it appears in the Resident Evil 2 remake. 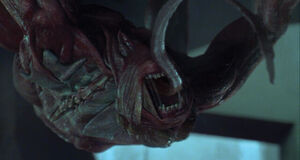 Licker in the films. 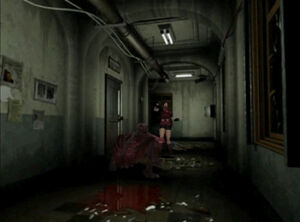 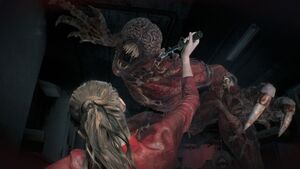 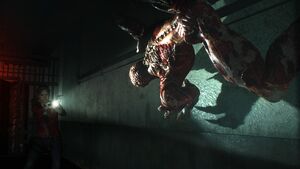 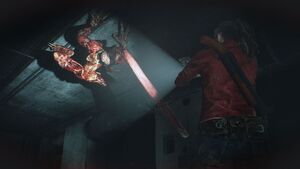 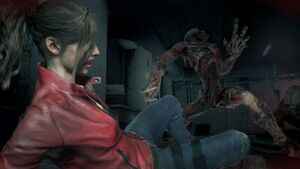 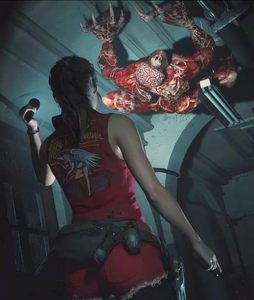 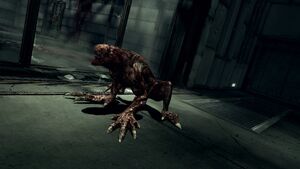 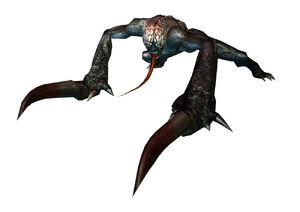 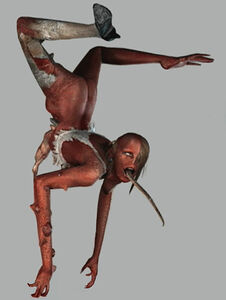 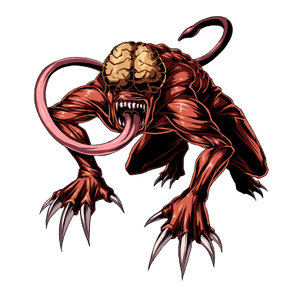 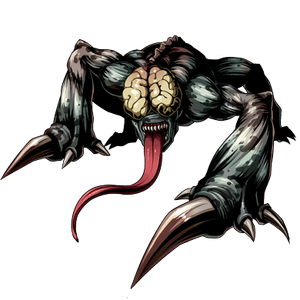 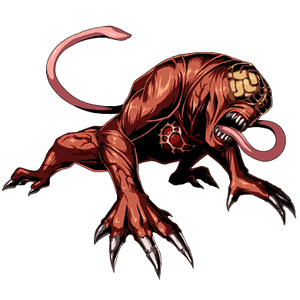 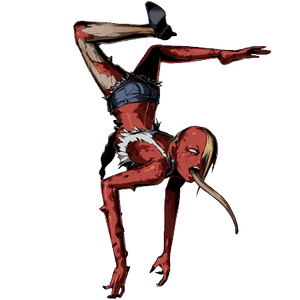 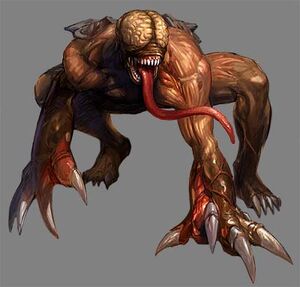 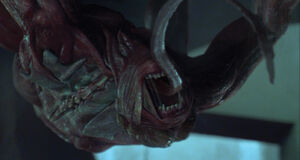 A Licker in the 2002 Resident Evil film. 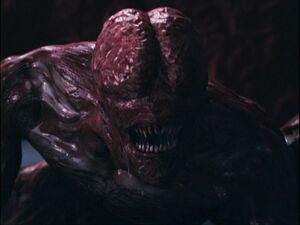 A close-up of a Licker in Resident Evil: Apocalypse.

A close-up of the Licker in the reboot film trailer.