High-ranking official and cleric of the Roman Orthodox Church

Converting people to Roman Catholicism.
Converting others to the Roman Orthodox Church.

Destroy the enemies of God and all that is declared to be "unholy" (failed).

Lidvia Lorenzetti (in Japanese: リドヴィア＝ロレンツェッティ Ridovia Rorentsetti) is a character introduced in the A Certain Magical Index series. She is a high-ranking member of the Roman Orthodox Church who is known for evangelizing and converting people to the Catholic Church despite being people of whom the church would reject. However, she is a radical in the Roman Church who has converted others to the church and is openly hostile to the Science Side and seeks to conquer both it and Academy City. She often goes by the alias of Mardi Gras (in Japanese: 告解の火曜マルディグラ, Kokkai no Kayō (Marudi Gura); lit. "Shrove Tuesday").

Lidvia is a tall, slender woman with long blond hair and green eyes. Her attire mainly consists of a nun uniform comprised of white robes with a white cloak on her head with black linings on the edge, a white cape, and a large red cross on the front of her uniform.

Like many members of the Roman Orthodox Church, Lidvia is a fanatic amongst the ranks of the church. She is devoute to the Catholic Church and the Magic Side as well. She views the Science Side and Academy City as enemies of God for what she calls "defying" his will. She is also very charismatic as she is able to convert others to the Roman Church and has evangelized many into becoming members of the church despite being people that the church would normally reject.

Lidvia was born into the Roman Catholic faith as she was born and raised in the Vatican itself. She spent her childhood at the hear of Roman Catholicism and eventually she became a high-ranking official deep within the Roman Orthodox Church but she never aimed for anything higher than her current rank. Instead of rising through the ranks of the Roman Church, Lidvia had focused on spreading thr gospels around the world nad she became an evangelist preacher. Due to her dedication to the gospels and the word of God, she was awarded by the Pope with a silver staff covered in silk which she traded in to finance her travels around the world.

Later on in life, Lidvia had developed to ability to detect the hidden talents and potential of many people that the Roman Church would normally reject. She used her evangelism to convert many people such as criminals and cult members to abandon their previous was and become members of the Roman Orthodox Church to seek ultimate salvation and hepled the Roman Church grow in large numbers. She became a thorn in the side of the church's higher ups but she was still kept in her position and continued to covert others to the church. She then got the alias of Mardi Gras at some point in time.

Lidvia first appears in the Daihasei Festival Arc where she serves as the main antagonist of the arc. She's called into action following the defection of Orsola Aquinas to the Anglican Church along with Agnese Sanctis and her forces to Necessarius which puts the Roman Orthodox Church into a state of emergency. Lidvia suggests that the Roman Church use the Croce di Pietro on Academy City which would allow the church to conquere the city without violence and they follow through with her plan. The church begins succeeding at first and Lidvia is trusted with completing the task during the Daihasei Festival which would leave Academy City busy and open to conquest. She believes that Academy City should be conquered as she views the Sciene Side as the enemies of God for defying his will and wants to convert all of the city's residents to the church to save them and give then salvation.

She has Oriana Thomson, a British Mercenary and Roman Church Field Agent, sent into Academy City under Lidvia's authority and she directs Oriana across Academy City to the main location where she wants the cross set up. Oriana however, gets intercepted by both Touma Kamijou and Siyl Magnus and Motoharu Tsuchimikado of Necessarius and she must escape from them. Oriana gets to her destination when she confronts Touma and is beaten by him. Lidvia then flees with the cross and she tells Touma how she'll evangelize all of Academy City and have it submit to the Roman Orthodox Church. Lidvia is then seen on her private jet escaping when she is contacted by the Anglican Church Archbishop, Laura Stuart who warns her to stop her plans but she declines. Stuart then throws Lidvia off her jet and she falls down laughing but she manages to survive but is taken into custody by the English Puritan Church along with Oriana.

Since the events of September 20, Lidvia Lorenzetti has been imprisoned in the Tower of London by the English Puritan Church along with Bishop Biagio Busoni. Both Lidvia and Busoni and interrogated by Stiyl for information that they hold and the Anglican Church requires. Lidvia had agreed to share information that she knew about God's Right Seat, a secret organization within the Roman Orthodox Church, in exchange that Oriana is set free so she could provide help and peace to people deeply affected by wars and other terrorist attacks stemming from Vento of the Front and her attack against Academy City.

Lidvia is a high-ranking official of the Roman Orthodox Church and has a form of authority from within the church. She's also a charismatic speaker and an evangelist who is able to conver others into joining the Roman Church and has even welcomed in people that otherwise wouldn't be welcomed at all. She also has the ability to use telepathy like she did when communicating with Oriana Thompson when she was in Academy City and can use defensive spells. She's also a magician and uses Catholic-based magic. 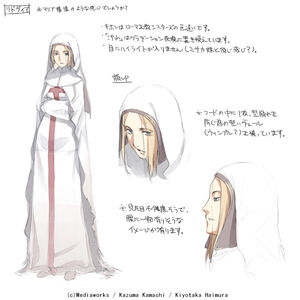 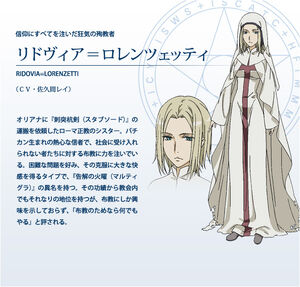 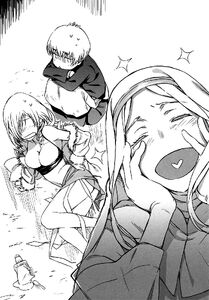 Lidvia's elation and her new plan. 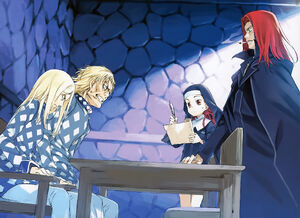 Lidvia and Busoni in the Tower of London. 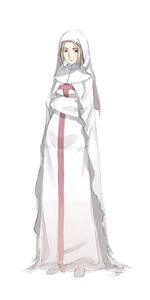 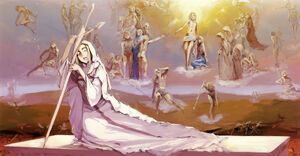