To kill her half-sister Julie-Su (failed), To kill her father and her step-mother (succeeded)

Cult Leader
Lien-Da (a.k.a. Kommissar (now Grandmaster)) is a character in the universes of Sonic the Hedgehog and Knuckles the Echidna. Lien-Da is 33 years old and is the current leader of the Dark Legion, having inherited the title after Dimitri's incapacitation. Lien-Da is sometimes called Kommissar (which is German for "commissioner", which probably refers to her rank in the Legion).

Her design has changed several times, however she is almost always depicted as having red hair, blue eyes, peach muzzle, black nose, and wearing a black leather suit. Like all Echidnas, she has dreadlocks, and one of them is metallic—possibly cybernetic—to mark her as a member of the Legion. Lien-Da has always decorated these dreadlocks, originally with bands of white or grey metal but more recently with black straps.

Lien-Da has a ruthless, femme fatale-style personality. Somewhat vain, she is extremely power-hungry and has no qualms about using underhanded methods if they serve her goals. Despite this, she actually cares deeply for the echidna people, and had once organized the Dark Legion to rescue and protect the Echidnas from the group of Dingoes who sold Angel Island to Dr. Eggman. She believes in Echidna supremacy, thinking that their use of technology to better themselves is only natural and finding the criticism of non-echidnas beneath her. She is judgmental, selfish, brutal, ruthless and sadistic, needing little excuse to make her enemies suffer from pain. 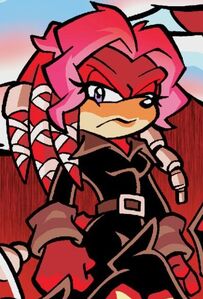 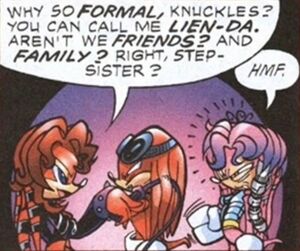 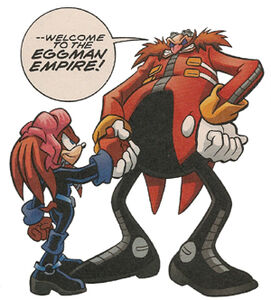 Lien-Da greets Eggman to meet him in the Eggman Empire. 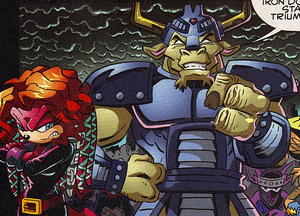 Lien-Da and the Iron King 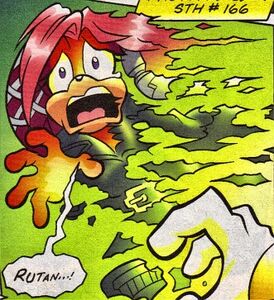 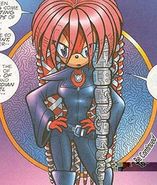