NOTE: FOR THE SAKE OF THIS WIKI AND THE REAL-LIFE PERSON OF THE SAME NAME, THIS PAGE MAINLY ACCEPTED THE VILLAINOUS VERSION OF ALBERT EINSTEIN IN HONKAI IMPACT 3RD.

Lieserl Albert Einsteim, also known as Dr. Einstein, Ai Yin, Ji Wotou and Liersel Baby is a major antagonist in Honkai Impact 3rd introduced as major heroine in 2nd Eruption comic books, a major antagonist in Anti-Entrophy Invasion and Moon Shadow Arc webcomics. She appeared in the first chapters of the game as an antagonist, before her redemption in Chapter 9, where she helps the rebels from Hyperion to investigate a underwater ancient civilization. She also appears as one of the main protagonists of Anti-Entrophy chinese visual novel.

Einstein was a genius and the greatest inventor in the history of mankind to the point she was considered the embodiment of a genius. She once served Shicksal in the Imperial Academy but later fled from the organization when she met Welt Joyce, the First Herrscher of the New World in North America's Shicksal Branch in 1955. She was one of the co-founders of Anti-Entrophy that later, on November 1955, senior scientific researchers from the North America branch deviated from Entropy and the Anti-Entropy was established with her guide.

Despite having good intentions to save mankind, Einstein begun to use questionable methods to stop the Houkai over the decades. Despite her appearance, she is actually eighty-one years old.

She was voiced by Qin Ziyi in Chinese and Jihe Guangxi in Japanese.

Data Files of her Stigmata found in the Chibi Dorm.

Despite her young appearance, Einstein is actually the oldest member of Anti-Entropy alongside Tesla. She is a petite girl/woman with pale skin, blue eyes and blue hair. According to Welt, if it wasn't for her weird hair she could have been more beautiful.

According to Welt Joyce, he saw her as a crazy neighbor instead of a "mad scientist".

By her own admission, she is enslaved by her lust for knowledge and doesn’t hesitate to use questionable methods to achieve her scientific goals. She is very meticulous in her work and is very protective of it to the point she is furious if someone were to enter her lab without permission. As an atheist, she does not believe in deities and finds immortality to be a nuisance, that until the existence of Herrschers was proved with the appearance of the First Herrscher, Welt Joyce.

She rarely interacted with others due how invested she was with his research, facing ethical scrutiny for its immoral and illegal conduct at the time Anti-Entrophy was founded where she performed experiments in humans to achieve the key to end the Houkai's Will. An an old experienced woman, she has the nature of a calm individual, with a very emotionless personality. She takes pride in how beneficial her creations prove to be, but she does seem rather disinterested in the formal procedures and rarely shows her face in public unless it's truly necessary as seen in the Second Houkai War where she personally went to fight Herrscher of the Void using her own prototype of Titan. She has a shaky relationship with Otto Apocalypse and the Shicksal as a whole, whose ideals on human physiology she strongly disagrees with.

Despite her cold nature, she is actually pretty kind-hearted and is willing to do anything to protect the people she work with and always chooses the option to not sacrifice her own allies to achieve victory. 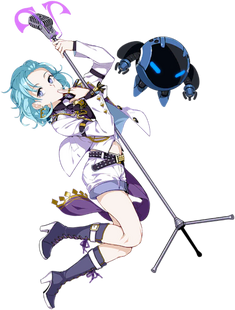 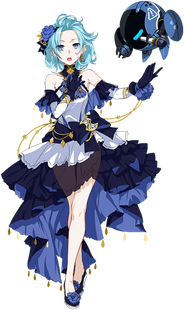 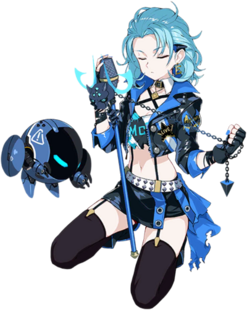 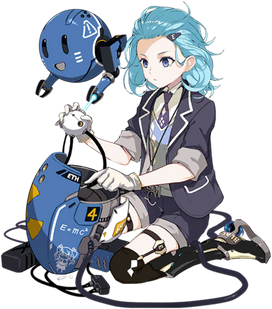 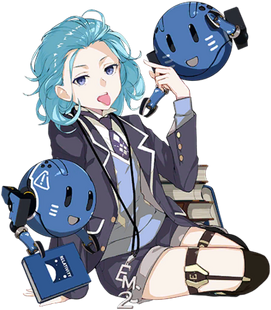 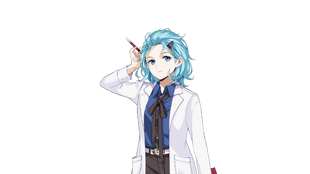 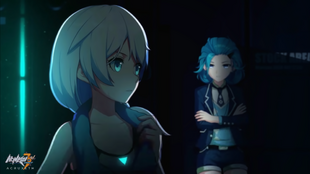 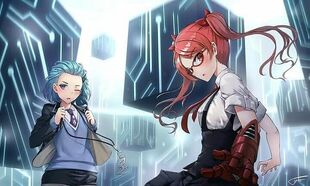 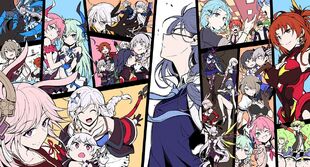 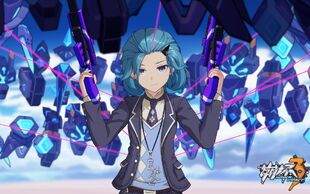