Serving the Gorma cause.

Vengeful Fallen Hero
Lieutenant Colonel Gara is one of the members of the Gorma Triumvirate and the secondary antagonist of Gosei Sentai Dairanger.

Gara was originally a member of the Dai Tribe and was friends with Kujaku. When Kujaku was caught in a rock slide, Gara saved her but had her face scarred in the process. Ashamed that Gara had been scarred trying to save her, Kujaku left to find a way to fix her scar. However, feeling abandoned and alone with no one to be her friend, Gara defected and joined the Gorma Tribe, assisting them in their war against the Dai.

Kujaku eventually returned, but by that time Gara had become a member of the Gorma Triumvirate. Gara and Kujaku fought many times until Gara sealed Kujaku away inside Master Mirror.

After Kujaku was freed from Master Mirror, Gara was faced with her former friend again in combat. In her final battle with Kujaku, Gara was blinded by Kujaku but, rather than finish her off, Kujaku used the Sacred Peacock Tears to heal Gara's scars. However, even after Kujaku died Gara seemingly refused to forgive her friend.

When the Dairangers attacked the Gorma Palace, Gara faced Daigo and Rin, the former of whom desired vengeance against Gara for Kujaku's death. However, Kujaku then appeared in spirit with the spirit of the real Gara, revealing that Gara had actually forgiven her long ago and the one they were facing was nothing more than a clay doppelganer. The fake Gara thus began to crumble and dissolve into mud while the real Gara returned to heaven with Kujaku. 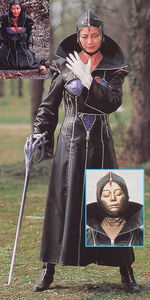 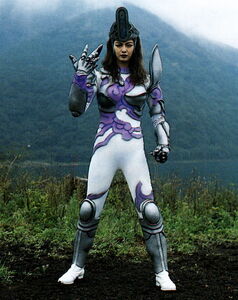