Villains Wiki
Register
Don't have an account?
Sign In
Advertisement
in: Mature, Thief, Partners in Crime,
and 64 more

Lifty and Shifty are a pair of green raccoons and recurring characters in the internet cartoon Happy Tree Friends series. 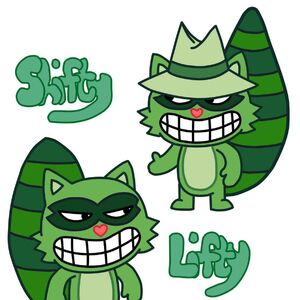 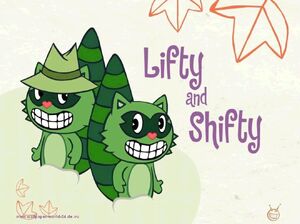